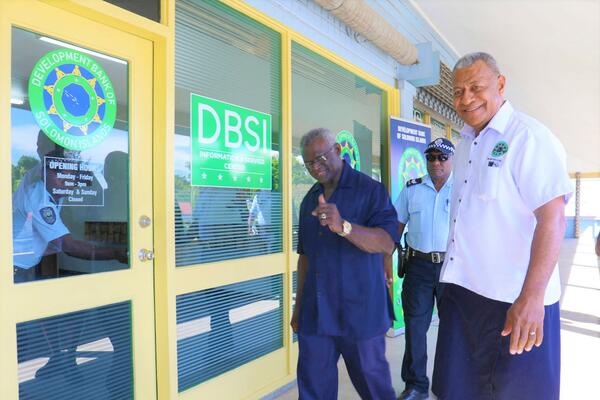 A satisfied PM Sogavare gives a thumbs up to the camera as he is about to enter into the Service Center of the new DBSI.
Source: Supplied
Share
Tuesday, 09 June 2020 09:59 AM

The Democratic Coalition Government for Advancement (DCGA) has affirmed its commitment to the Development Bank of Solomon Islands (DBSI).

This is reflected with a total of SBD$26 million dollars in the National Budget committed to DBSI as a start-up capital.

Speaking during the official launch of the bank, Prime Minister Sogavare stated,

“My government have accorded all the necessary support in ensuring that DBSI is successfully established.”

According to the Prime Minister, the Government will continue to support the bank to ensure its sustainability in order to attain its overall objective towards our economy’s overall development.