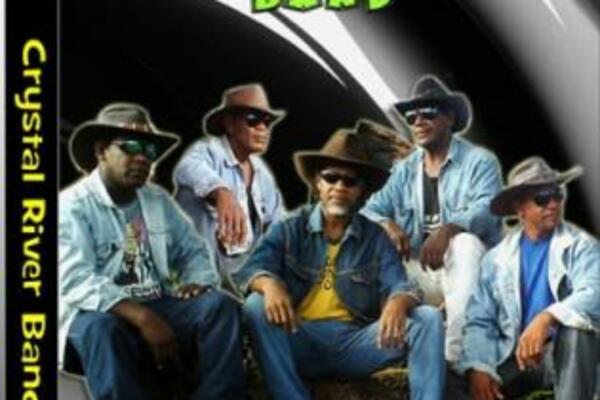 "CRYSTAL RIVER BAND", is launching its first ever DVD on Friday 7th and Saturday 8 December 2012 in Auki, Malaita Province and on 15 December in Honiara.
Source: Photo supplied
Share
Wednesday, 05 December 2012 10:51 AM

Deep in the highlands region of Central Kwara'ae in Malaita Province, Solomon Islands, a Religious Country Music Band has emerged.

The Band is a group of men filled with compassion and love for Country Music which has been inherited since their childhood days back in the 60's, 70's, and 80's till this very day.

Through their musical career in the past years, the men have faced challenges, downfalls and criticisms as they struggle to put together songs and eventually an original album on both CD and DVD.

However, their tough times have strengthened their faith and commitment which has taken them to new heights and turns a new page in their Ministry.

Most of their songs featured on this DVD are original compositions in the deep Kwara'ae Language with English Interpretations on screen.

The DVD features some of the most colourful scenes and natural backgrounds and indigenous locations in Central Kwara'ae including the famous Mount Alasa'a.

Calling themselves the "CRYSTAL RIVER BAND", the group is launching its first ever DVD on Friday 7th and Saturday 8 December 2012 in Auki, Malaita Province and on 15 December in Honiara.

Song writer and Singer Festus Fiu say the aim of the band is to spread the gospel to the country music loving people of the Kwara'ae region.
All songs featured in the DVD are original compositions and also featured three young female singers.