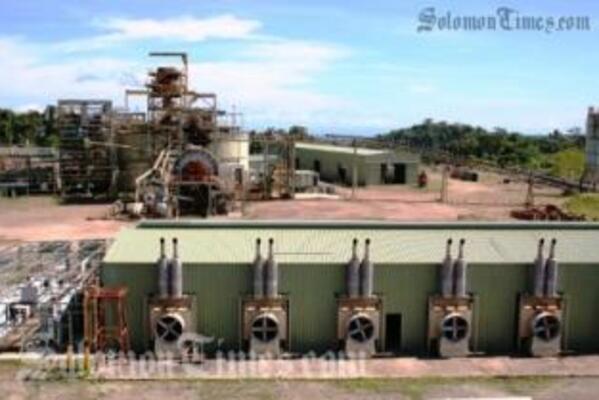 Mr. Nielsen says dialogue by both parties is a better way of resolving their differences rather than strike action.
Source: Photo Supplied
Share
Monday, 06 April 2009 10:21 AM

The Gold Ridge Mining Limited workers' strike has been referred to the Trade Dispute Pane.

The Chairman of the Australia Solomons Gold (ASG) Mr. Stephen Everett had a meeting with the General Secretary of the Solomon Islands Union of Workers, Mr. Tony Kagovai which resulted in the strike being cancelled.

A reliable source told Solomon Times that the Chairman of ASG, Mr. Stephen Everett wants the workers to give time for the board to look at some of the issues raised against Gold Ridge Mining Limited, GRML.

Meanwhile, General Manager of GRML Keith Nielsen says he was thankful for the understanding by the workers "who should continue to work while the case is dealt with by the trade dispute panel."

Mr. Nielsen says dialogue by both parties is a better way of resolving their differences rather than strike action.

SIBC news reports that among other issues, the employees have given a notice of strike to the company over demand for the removal of the General Manager.