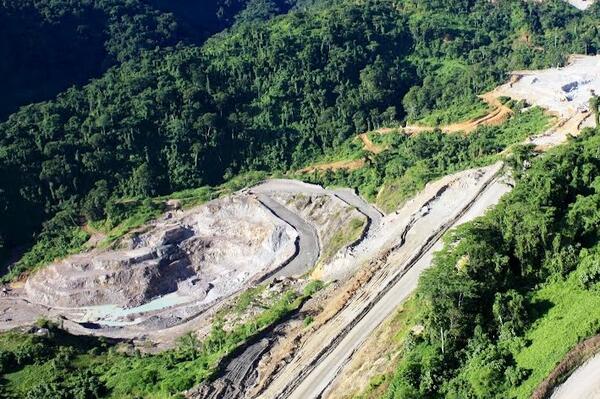 The special secretary to the Prime Minister, Dr Phil Tagini, has confirmed to Pacific Beat that the Immigration Department has prevented employees of St Barbara from re-entering the country.
Source: Photo supplied
Share
Tuesday, 29 April 2014 08:26 AM

Australian mining company St Barbara says it doesn't know why the Solomon Islands Government has banned its employees from re-entering the country.

St Barbara shut down its Gold Ridge mine three weeks ago during the flash floods that killed 21 people and left 50-thousand others homeless.

The Government's Communication Unit says the restriction has been enforced to allow a joint agencies investigation by the Labour Division, Immigration, Police, Ministry of Mines and Energy and the Ministry of Environment into safety and security at the mine site.

The special secretary to the Prime Minister, Dr Phil Tagini, has confirmed to Pacific Beat that the Immigration Department has prevented employees of St Barbara from re-entering the country.

He says there is significant concern in the general community and especially downstream and along the neighbouring Matepona River about the way in which St Barbara evacuated the mine after the flash floods of early May.

"In terms of how St Barbara left the mine without informing the relevant departments, the police, the land-owning communities, the Environment Department and all that and so they felt that that was not totally appropriate and to a certain extent was not responsible," Dr Tagini said.

"But we have now got approval by Cabinet for an interim working group to be set up comprising of all those who have an interest in the mine and that will provide the framework for discussing all the issues that all the different parties have including the mining company."

It's understood the ban relates to 44 expatriate workers who are mostly managers and executive officers.

In a statement, St Barbara said it hadn't been told why its employees had been barred from re-entering the country.

It said it had sent the government a site stabilisation plan and its experts were ready to implement it.

And in a statement to the Solomon Islands Broadcasting Corporation, St Barbara said it had not abandoned Gold Ridge and, subject to the provision of necessary Solomon Islands Government support, it was planning to return and operate the mine.

St Barbara said it did not understand why the Immigration Division had banned the senior managers and the company had sought clarification from the Government.

In previous statements, St Barbara has explained that it received 1000mm of rain in four days resulting in floods that cut the mine's access road in many places and caused substantial damage to the approaches to the Tinahulu Bridge.

This meant Gold Ridge could not receive diesel fuel or other essential supplies and a decision was made to evacuate the mine on April 7.

Gold Ridge director, Tim Lehany, said all reasonable steps were taken to secure equipment and hazardous material on site before the employees left.

A team of United Nations specialists has arrived at the mine after the Solomon Islands Government asked for help to assess the stability of Gold Ridge's tailings dam amid fears it could fail and endanger the lives of 8000 people living nearby.

It will look such issues as chemical wastes, cyanide, explosive hazards and other threats to the environment and human security.