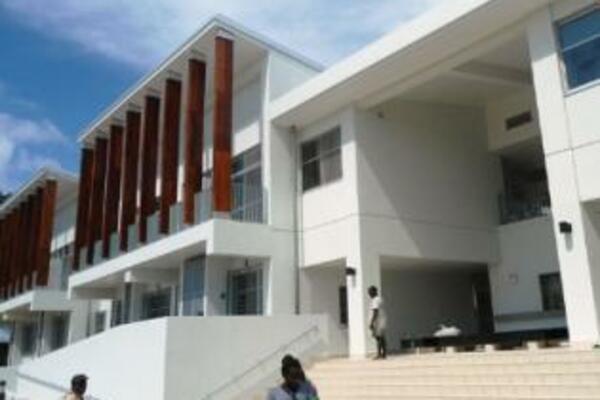 Ministry of Health Permanent Secretary, Dr Lester Ross, has confirmed that the official handing over ceremony will be in late August 2011.
Source: Photo Supplied
Share
Monday, 15 August 2011 07:13 AM

As it nears full completion, the Gizo Hospital is fittingly being described as the "Pride of the West."

The Gizo Hospital, built with the generous support of the Japanese government, stands majestically near the shorefront of Gizo, the provincial capital of Western Province.

The newly built Hospital is a far cry from what once was, a small cramped building that could not cater for the growing population in the West.

Ministry of Health Permanent Secretary, Dr Lester Ross, has confirmed that the official handing over ceremony will be in late August 2011.

Dr Ross says local contractors will be engaged to build the hospital's kitchen, fence and laundry after the handing over and before the hospital's official opening.

The new Gizo Hospital is a two floor 60 bed facility and will be the country's second referral hospital.

It is expected to provide health care services to people from Western, Choiseul and western parts of Isabel Province.