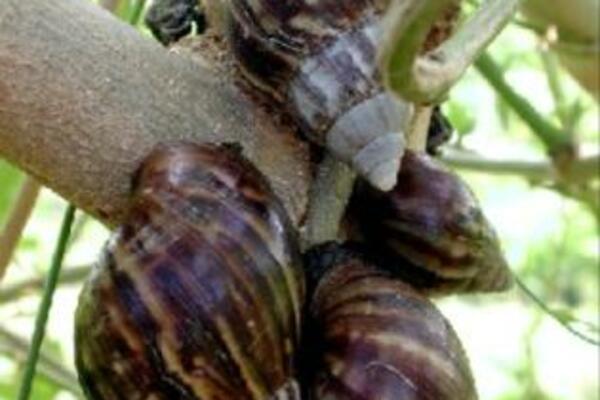 The discovery of giant African snails, a potentially lethal crop killer, beside the Mataniko River on Saturday has again prompted response by Agriculture specialists in the country.

The African giant snail feeds on more than 500 plant species and is proven to be one of the more destructive pests in the world.

The Agriculture Quarantine authorities confirmed that the giant snail was first spotted at Fox Wood in 2007.

The authorities say prompt responses were made following subsequent spotting and outbreak of the snail in other parts of Honiara.

Initial sightings of the giant snail has prompted threats by some countries to ban imports of Solomon Islands Products, which may have caused the country millions of dollars if did so.

The snail is believed to have entered the country with logging machines brought to operate in the country.

A Government source says relevant authorities are continuing their program to try and eradicate the giant African snail in the country.