Get Ready for Solar Eclipse 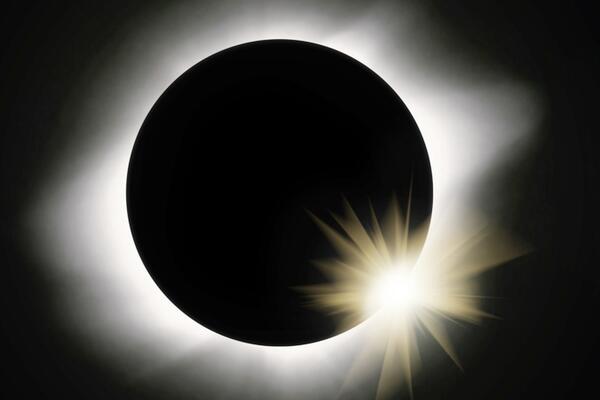 During the eclipse, the moon goes directly in front of the Sun completely blocking it out treating Solomon Islanders to a beautiful display of the solar corona.
Source: chameleonworldwide.com
Share
Thursday, 09 May 2013 10:11 AM

Solomon Islands will be treated to a solar eclipse on 10th May 2013 when a ring of fire will appear across a narrow band of locations.

The eclipse will start from Northern Australia; from there it passes over Papua New Guinea, Solomon Islands and Gilbert Islands before reaching its greatest point near Kiribati — its last point of landfall.

The north island of New Zealand and Indonesia will also be able to see an excellent partial eclipse.

Unlike the total eclipse last November, the Moon will not cover the entire Sun. Experts say we are at a moment in Earth's history where the Moon is just far enough away from Earth that it is almost the same size as the Sun in the sky.

During the eclipse, the moon goes directly in front of the Sun completely blocking it out treating Solomon Islanders to a beautiful display of the solar corona.

For a large part of the Solomon Islands the eclipse begins around mid afternoon on the 10th of May, the sight of the partially eclipsed Sun setting before the horizon will be memorable.

Experts say never to look at the Sun with unprotected eyes. Intense exposure to electromagnetic radiation can destroy ones retina — the cells that line the back of your eye — and cause permanent eye damage, so it's important to protect your eyesight while viewing any astronomical phenomenon involving the Sun. One is advised to wear standard sunglasses with UV protection, but to look away from the eclipse every now and than.

Various cultural groups in Solomon Islands once had their own beliefs and cultural practices in response to viewing solar eclipses. Some say it was the day deities collected the dead, while others linked lunar eclipses to earthquakes, or a time of poor harvest.

Today, Solomon Islanders will marvel at the darkened sun, knowing solar and lunar eclipses occur because of the changing positions of the earth, sun and moon in relationship to one another.