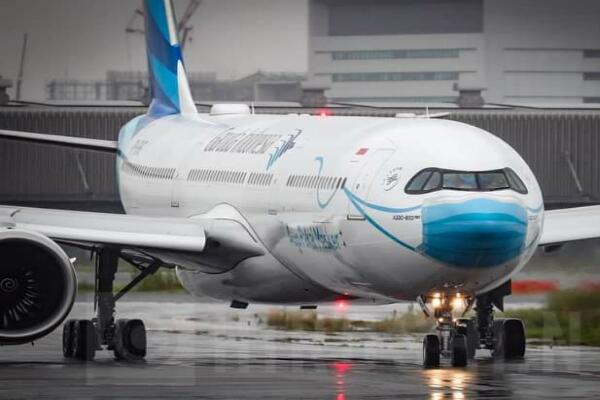 The repatriation flight by Garuda Airways will be the first of its kind from the Asia region since the country closed its international borders.
Source: FT.com
By Georgina Kekea
Share
Tuesday, 17 November 2020 08:41 AM

A charter flight by the Indonesian government is expected to arrive in Honiara today.

The Indonesian government is chartering a plane from Garuda Airways to repatriate its citizens from Honiara. The repatriation flight by Garuda Airways will be the first of its kind from the Asia region since the country closed its international borders.

In his weekly address, Prime Minister, Manasseh Sogavare says three citizens and three dependents of a Solomon Islands citizen are also on the flight including 10 engineers for the 2023 Pacific Games.

“All 16 passengers coming from Indonesia have undergone strict pre-departure clearance procedures to minimise the risk of COVID-19 infection”, Sogavare says.

“We only meet the cost for the three students’ airfares”, Rodgers said.

It was in September this year that the Indonesian state-owned construction enterprise PT Wijaya Karya (WIKA) officially signed a multi-million-dollar contract to build a sports complex for the 2023 Pacific Games.

Since then its workers have been awaiting arrangements to come to Solomon Islands.

In an earlier press conference, Dr. Rodgers revealed that the priority for the government now is for the commencement of work on projects said to be crucial for the country’s economy. He said it is important work commences as soon as possible or the government will risk losing finances for the projects.