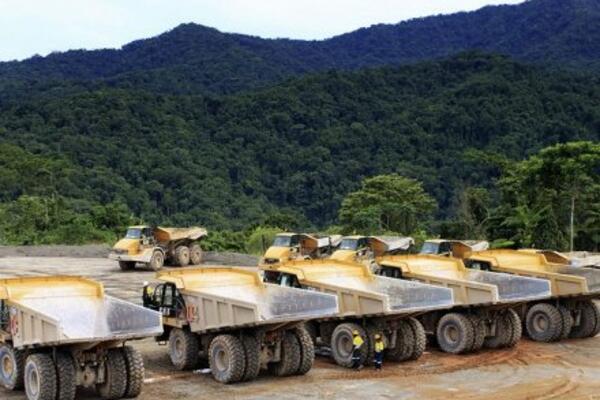 The long-term future of St Barbara's Gold Ridge operations is in doubt as the gold miner today suspended mining after deadly floods in the Solomon Islands.

23 people have been reported dead while tens of thousands are now left homeless after deadly floods hit the capital and outskirts of Guadalcanal last week.

The company says that the security risks became "unacceptable" after flooding damaged the only access road to the mine, cutting it off from critical food and medical supplies and fuel for electricity.

St Barbara said it recorded more than 1000mm of rain at Gold Ridge in the four days to April 4, including 500mm in a 24-hour period.

St Barbara's managing director Tim Lehany said the company is in discussions with the Solomon Islands government over the future of the mine and an update will be provided in the company's quarterly report later this month.

Gold Ridge was acquired by St Barbara in its $556 million friendly takeover of Allied Gold. The market reaction has been nothing short of savage with St Barbara shares plummeting from $2.10 when the deal was announced in June 2012.

St Barbara shares remain in a trading halt after they last changed hands for 28 cents on Friday.

The Melbourne-based miner also operates the Gwalia and King of the Hills mines near Leonora and the Simberi mine in Papua New Guinea.

The Prime Minister made an official request to the Australian government for assistance, to protect assets at the Gold Ridge plant after the withdrawal of St. Barbara personnel. Australia responded promptly with the arrival of AFP officers’ yesterday afternoon.

The AFP officers are deployed here to look after the Gold Ridge Mining that has recently suspended operations due to the flooding. Please attend and be there around 4pm or 4:15pm the latest.

With Reports from The West Australian