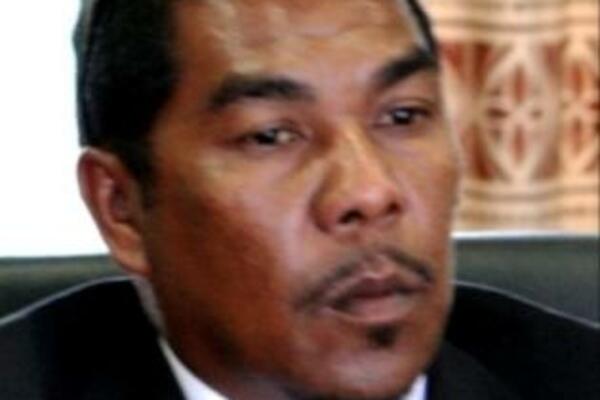 Mr Laore was 46, from Nuhu village and is survived by a wife and three children.
Source: Photo Supplied
Share
Friday, 27 August 2010 09:08 AM

Secretary to the Prime Minister Jeremiah Manele says the committee is made of people in various government ministries and family members of the deceased.

He says Parliament will be meeting funeral costs and the cost of repatriating the body to his home village in the Shortlands.

Prime Minister Danny Philip was not able to take questions from SIBC over the death of Mr Laore and how it is affecting the government - as he was in a meeting of Caucus today.

Meanwhile tributes are flowing in to the family of Late Steve Laore.

The national parliament speaker, its elected members, the clerk and staff have posted a service message in sympathy to his wife Samantha Laore, his family and relatives.

It's understood that Mr Laore collapsed after attending a celebratory dinner with members of the new government at Jina's Restaurant last night.

He was pronounced dead when he arrived at the National Referral Hospital.

He was part of the Pacific Casino Hotel group that helped elect the new Prime Minister Danny Philip.

He was a former mechanic and private businessman who owned a construction company.

Mr Laore was 46, from Nuhu village and is survived by a wife and three children.

Under Solomon Island electoral law, a bye-election will be held to decide a new member for Shortlands.