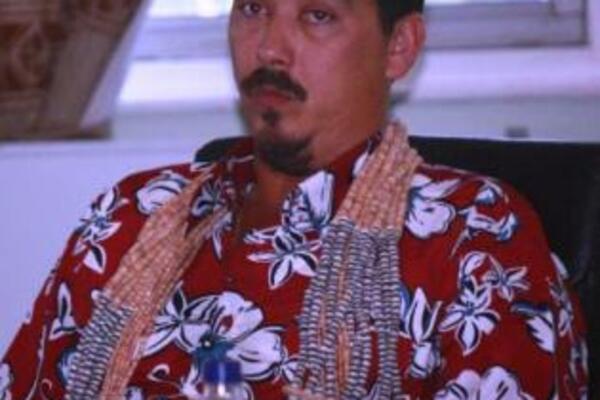 Influential MP, Hon. Bodo Detke, is one of the four that deserted the Danny Philip led government.
Source: Supplied
Share
Friday, 21 January 2011 09:42 AM

An exclusive report from the Solomon Star revealed that a reconciliation ceremony was also held last night, with the four MPs welcomed into the Opposition camp. It is also revealed that at least eight more MPs are expected to leave the government in the coming days.

The MPs that deserted government cited dissatisfaction in the manner in which the government has chosen to handle the beche-de-mer issue, as well as the recent reduction in the fine imposed on a Taiwanese fishing vessel. "When one or two individuals control the Cabinet process, there cannot be confidence in the government," said former Forestry Minister Douglas Ete.

A political analyst who wished not to be named says that it will be "an interesting weekend."

"Should the eight MPs cross to the Opposition group, they could form government, but with a very slim majority." "We also cannot disclose the fact that the government could be lobbying hard to replace the MPs that left," said the Analyst.

"With the momentum on the Opposition side, they will be pushing hard this weekend...things will be much clearer next week," the Analyst said. "What is interesting is that the so-called power brokers are split evenly between the Opposition and Government...so expect intense lobbying coming days."