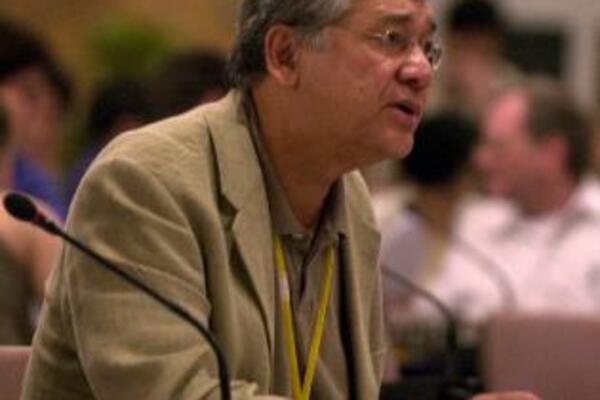 The Pacific Islands Forum Secretariat commends the Government of Solomon Islands for its dedication and commitment to fighting corruption following its decision to start working towards acceding to the United Nations Convention against Corruption (UNCAC).

The Solomon Islands Cabinet recently decided that the country will become party to the UNCAC in 2010. In its preparations the government is organising a series of anti-corruption workshops as well as examining the country's legislations and policies.

"We commend Solomon Islands for its decision as this is a positive development for the anti-corruption agenda and good governance. If Solomon Islands do accede as stated, they become only the 4th Forum Island Country to do so after Papua New Guinea (2007), Fiji( 2008), and Palau (2009) since the UNCAC was adopted by the United Nations General Assembly in October 2003," says Tuiloma Neroni Slade, Secretary General of the Pacific Islands Forum Secretariat.

"This is very good news for anti-corruption and good governance in the region. Even for Forum Island Countries that are yet to commit to acceding to the UNCAC, the Convention affords the opportunity to self-evaluate their legislative framework and policy instruments to assess their status, work out how much work is required and involved to be compliant with the UNCAC provisions and obligations, and what type of technical assistance is needed to take them forward towards acceding to UNCAC," Mr Slade added.

At a regional level, Forum Leaders already recognized the important role that UNCAC would play in providing an internationally agreed framework for the construction of an effective anti-corruption framework for countries around the globe. In 2004, at the 35th Pacific Islands Forum in Apia, Samoa, Forum Leaders in their Communiqué "invited members to consider signing and ratifying the UN Convention against Corruption to strengthen good governance in accordance with the spirit of the Biketawa Declaration."

Recognising the momentum that is currently building in many domestic jurisdictions to tackle corruption issues, the Forum Secretariat is working with the UNDP Pacific Centre and the United Nations Office for Drugs and Crime (UNODC), to progress work to promote UNCAC.

UNCAC was adopted by the United Nations General Assembly by Resolution 58/4 of 31 October 2003. It came into force on 14 December 2005 when it received its 30th ratification. To date, 140 countries have signed and 117 Parties have ratified the Convention.

The purposes of the Convention as set out in Article 1 are:

(a)To promote and strengthen measures to prevent and combat corruption more efficiently and effectively;
(b)To promote, facilitate and support international cooperation and technical assistance in the prevention of and fight against corruption...; and,
(c)To promote integrity, accountability and proper management of public affairs and public property.