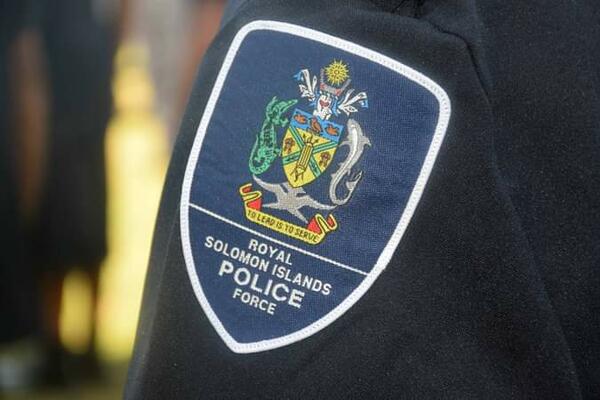 Director NCID, Superintendent Michael Bole says, “The accused was alleged to have committed the offence way back in 2013 when he was the CDO for Temotu Nende."
Source: Supplied
Share
Monday, 06 September 2021 16:27 PM

The accused was arrested and charged for one count of official corruption Contrary to Section 91(a) of the Penal Code. He was released on principle bail to appear before the Honiara Central Magistrate’s Court on 8 September 2021.

Director NCID, Superintendent Michael Bole says, “The accused was alleged to have committed the offence way back in 2013. The accused was employed as CDO for Temotu Nende Constituency at the commission of the offence.”

Director Bole says, “The arrest was made upon the advice of the Office of the Director Public Prosecution office (DPP) through my office.”

Superintendent Bole says, “He was arrested for the payment of the housing material project for a community at Temotu Nende in 2013."

Mr. Bole says, “I would like to thank the Officer In-Charge (OIC) Corruption Investigation Unit and team for their hard work to make the arrest done. I call for the public to come forward to the police and report any corruption practices committed by those in authority."

The accused was a native of Mebialo village in Santa Cruz, Temotu Province.