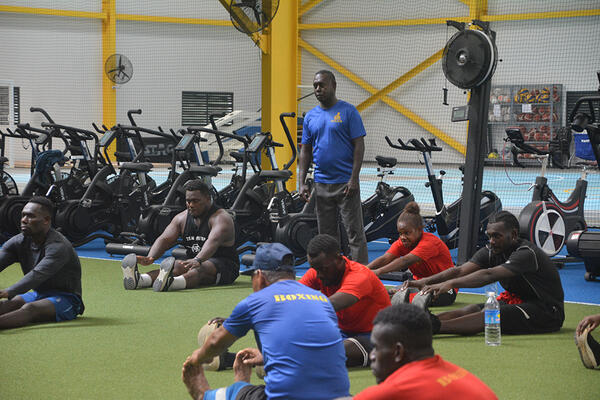 South Pacific Games (SPG) Tahiti, 1995 Gold Medalist Timothy Soe is one of the trusted mentors to lead in supporting young and current boxers under the Solomon Islands Amateur Boxing Association (SIABA) - as he eyes a new term with the sport towards 2023 Pacific Games.

A boxer turned trainer with a lot of regional experience since 1991. Soe joins other veterans of the sport in coaching support to pass down the legacy and bring back boxing glory.

Soe first competed in the 48kg category at the club level making his way up to the national squad before his maiden appearance at the SPG 1991 in Port Moresby, Papua New Guinea (PNG), where he won a silver medal.

He competed at Oceania events including the Pacific Mini Games between the years 1991 and 1994 winning bronze and silver medals respectively.

It was in 1995 when he won Gold in Tahiti and was identified to compete at the Olympic qualifiers in Sydney, Australia where he reached the quarter-final stages in the 51kg category.

In 1998 he again represented the country at the Commonwealth Games in Kuala Lumpur, Malaysia. He returned and had the opportunity to train for a month and two weeks at the Australia Institute of Sport (AIS) in Canberra, Australia – a similar High-Performance sport system to the Solomon Islands National Institute of Sport - SINIS.

“We have a lot of potential boxers today, and the establishment of SINIS HP is a big bonus for the pool of young athletes who are so fortunate, unlike during our playing days,” Soe said.

"With the SINIS set up our boxing fraternity has to put away indifferences and focus together, getting committed to supporting these boxers to train in an environment that will enhance performance.

He says SINIS is the right environment for grooming and sustaining the boxing standards - it will be easy to carry out succession plans among old and young boxers in all age groups.

“We are aiming for medals, and we need each other to achieve it.

Soe calls for discipline and hard work among all boxers if they are to thrive.