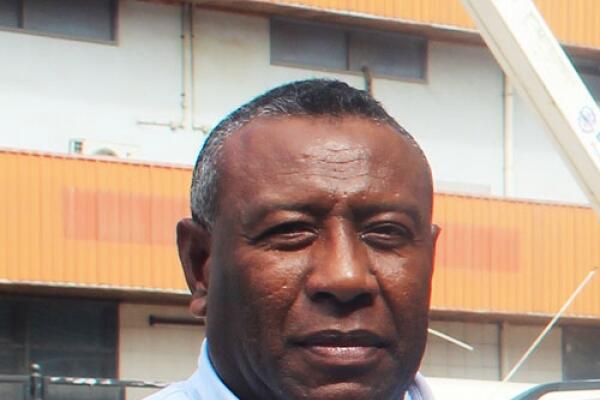 The former permanent secretary for the Ministry of Infrastructure Development (MID), was alleged to have corruptly received more than $700,000 from the government.
Source: Solomon Star
Share
Monday, 01 April 2019 07:33 AM

Last week the former Permanent Secretary of the Ministry of Infrastructure Development Mr. Henry Aife Murray was sentenced to a lengthy term of imprisonment after earlier being found guilty on 11 charges of Official Corruption by the Honiara Magistrate’s Court.

The former permanent secretary for the Ministry of Infrastructure Development (MID), was alledged to have corruptly received more than $700,000 from the government.

The money received were paid into Krash Transport and Marketing, a company owned by Murray and his wife for vehicle hire between 2014 and 2015.

Chief Magistrate Emma Garo sentenced Murray to a total of 9 years imprisonment with 4 years to serve.

The Court decision is a great example of the effectiveness of Joint Task Force, Janus and the RSIPF and Ministry of Finance & Treasury Investigators working cooperatively to bring very complex corruption matters to a close.

The Office of the Director of Public Prosecutions is also to be commended for their efforts in the Matter.

Ms Garo said these are two positions of power and influence which carried with it amongst other things, the corresponding responsibility to properly manage and control government expenditures in accordance with the requirements of Public Finance Management Act and the Financial Instructions.