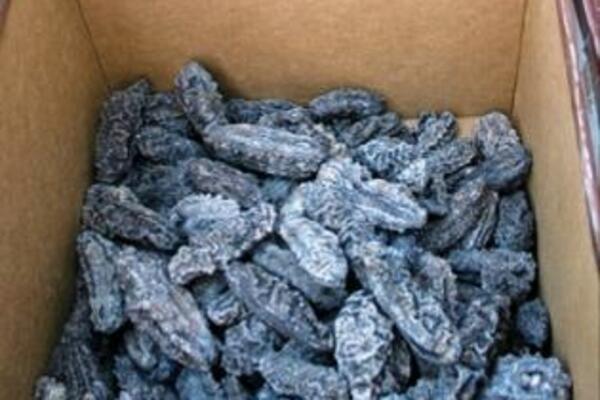 Illegal stocks of beche-de-mer were recently confiscated, and the owner claimed that there was "collusion with certain officials within the Ministry," and the mass confiscation was just to save face.
Source: STO
Share
Thursday, 30 December 2010 10:04 AM

A former fisheries officer says that the Ministry of Fisheries should "demonstrate its seriousness in combating corruption by conducting an official investigation into allegations leveled against some of its officers."

The former fisheries officer says that such allegations should not be brushed aside as they put into question the integrity of its officers. "At the moment it's a question of who can we believe, the Chinese businessman or Fisheries officials, and this, as a matter of principle, should be cleared."

The former fisheries officer said that a similar case was taken when the Director of Fisheries was put on suspension pending investigations into alleged corruption. "The same should be done, if we want consistency and are serious in addressing corruption."

James Teri, Deputy Director (Inshore) of the Ministry of Fisheries, was implicated earlier by a Chinese businessman but has denied any wrong doing, claiming instead that it was a "mere cover up."

The Ministry of Fisheries has recently been put under the spotlight after illegal stocks of beche-de-mer were confiscated, and the owner claiming that there was "collusion with certain officials within the Ministry," and the mass confiscation was just to save face.

Officials at the Ministry declined to comment on the matter.