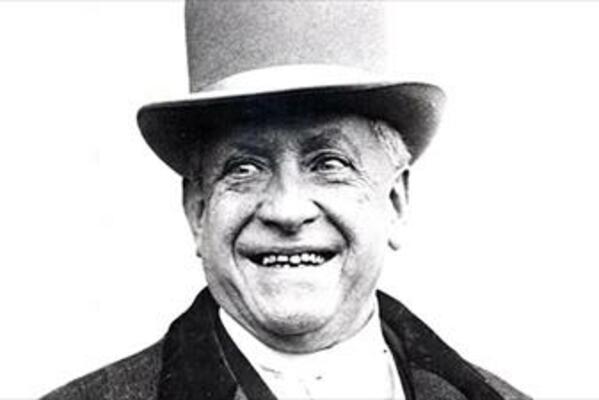 William Hesketh Lever (1851–1925), one of the founders of Levers Brothers Company.
Source: unilever.co.uk
By Special Correspondent
Share
Wednesday, 10 October 2018 09:10 AM

This article seeks to discuss some of the key issues regarding land in Honiara, a particular focus will be on Honiara’s foreshore – past land dealings, court decisions and its impact on its protection and development.

This article will put forward the argument that the ‘official’ boundary in Honiara will always be an issue, one that could trigger future problems if not addressed effectively – ‘ownership’ of the foreshore will be an indicator of things to come.

“Don’t know your past don’t know your future,” a fitting quote from Ziggy Marley, fitting because Solomon Islanders are slightly obsessed with reggae music, and also, but more importantly, it may be pointing to the fact that most of the youths today (meaning millennial) are ignorant of their past.

“The way we attach ourselves to our land is no different from other ethnic groups in Solomon Islands – it is not just our birth right, it is our life – the value was not defined by dollars, it was defined by our identity - who we are as a people, a tribe, a community, a family and as an individual,” the words of an elder of a major landowning group on Guadalcanal.

He readily admits that things have changed, but also stated that it should not be used as an excuse to then “not address issues raised time and again with the national government.”

In trying to understand the land situation in Honiara, and in keeping with ‘know the past know the future’ mantra, some research was put into past land dealings on Guadalcanal - interestingly, it went back further than one thought.

Way back in the 1890’s, when the United Kingdom still had ‘let’s build a massive empire’ ambitions, a company by the name of Pacific Islands Company (PIC) was established. The company was formed with grand plans to develop and maintain British economic and political interests in the Pacific. Some of their early directors included colonial office officials with Queensland experience, the inaugural Governor of Fiji and the first Western Pacific High Commissioner.

In 1898 the PIC applied for land concessions over all unoccupied lands in the Solomon Islands, the grand plan met some early resistance, and the idea stalled – this was partly because of German interests but also because of another competitor, enter Levers Brothers – at the time Britain’s largest soap manufacturers.

Levers was seeking to control the supply of raw materials, it established a factory in Sydney in 1900 and in 1903 was granted a “Certificate of Occupation” over two hundred thousand acres in the Protectorate. The two companies eventually merged, the old PIC was liquidated and a new PIC was formed which now included Levers.

Levers bought out PIC concessions in 1906, choosing to focus instead on controlling the growing as well as processing of copra – the lease was for 999 years, which was then transferred down from generation to generation. Some of the land the Levers owned included land between Mataniko and Lungga.

Fast forward 50 years the UK colonial government decided to shift the capital from Tulagi to Honiara. Mataniko to White River was acquired – research suggests that it was bought from Tandai landowners.