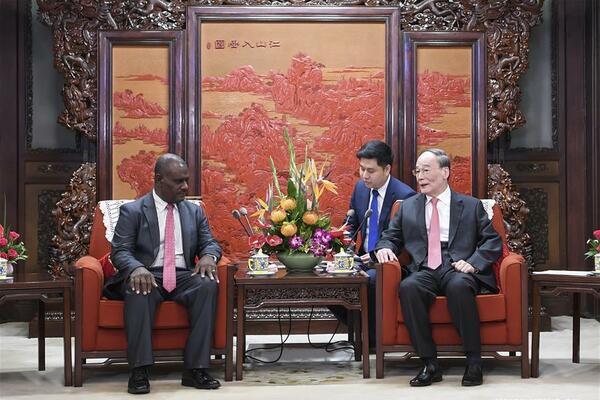 Wang said it is of great importance for China and the Solomon Islands to establish diplomatic relations at the occasion of the upcoming 70th anniversary of the founding of the People's Republic of China.

He said the government of the Solomon Islands showed strategic vision and political courage to recognize the one-China principle. The move also follows the trend of world history.

Noting the great development of and broad prospects for relations between China and the South Pacific nations, Wang said the Solomon Islands is an important nation in the region. Under the guarantee of bilateral diplomatic ties, political, economic, social, cultural and ecological cooperation between the two countries will be carried out, bringing benefits to the two peoples.

He said the establishment of diplomatic relations between the two countries has paved the way for comprehensive development of bilateral relations, and the Solomon Islands will adhere to the one-China principle and support the building of the Belt and Road to open a new chapter of bilateral relations.