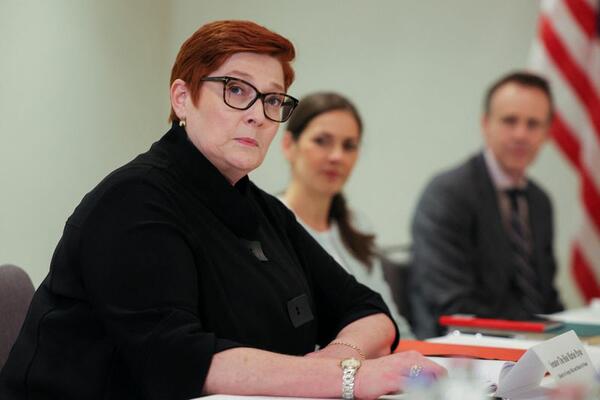 Payne told Reuters in a statement after the meeting that she reiterated the Australian government's deep concern about the security agreement with China, including a lack of transparency.
Source: Reuters
Share
Monday, 09 May 2022 13:06 PM

This is the first meeting of the two Foreign Affairs Ministers since the Solomon Islands signed the controversial security pact with China.

Australia, the United States and New Zealand have expressed concern about the security pact, fearing the increased militarisation of the Pacific and growing Chinese influence in a region traditionally under their sway. Details of the pact have not been released.

Payne told Reuters in a statement after the meeting that she reiterated the Australian government's deep concern about the security agreement with China, including a lack of transparency.

"We agreed that Australia remains Solomon Islands' security partner of choice," she said.

Payne added she again welcomed Prime Minister Manasseh Sogavare's assurance that Solomon Islands will not be used for a foreign military base and that Australia would work constructively and respectfully with their Pacific family.

Solomon Islands Opposition Leader Mathew Wale has called on the Prime Minister to make good on his promise in Parliament and make public the recently signed security agreement with China.