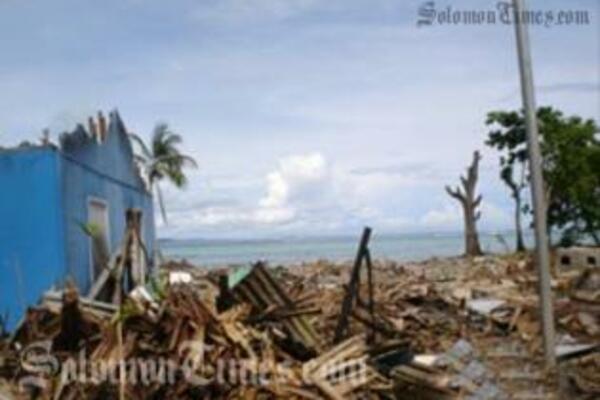 The event is organized to officially begin construction of the new Gizo hospital two years after it was destructed during the April 2007 Quake and Tsunami.
Source: STO Archives
Share
Thursday, 18 February 2010 09:14 AM

The event is organized to officially begin construction of the new Gizo hospital two years after it was destructed during the April 2007 Quake and Tsunami.

The destruction has put additional pressure on medical services within Western Province in the last two years.

The Japanese government has agreed to fund construction of the new hospital after both the National and Western Provincial Governments successfully sought assistance.

Japanese Firm, Kitano Construction has won the bid to build the hospital which is expected to be completed within the next 18 months.

Gizo is the capital of the Western Province in the Solomon Islands. With a population of 6,154 (2005 estimates), it is the second largest town in the country.

On April 2 2007 Gizo was hit by a tsunami caused by the 8.1 magnitude earthquake centered only 25 miles from the town. Three-meter waves swept through the town, killing 26 people, the final official death total throughout the Western Province and Choiseul was 52.

Ten metre-high waves hit nearby Sasamunga, to the north-east of Gizo on the island of Choiseul, destroying houses, food gardens and a hospital.