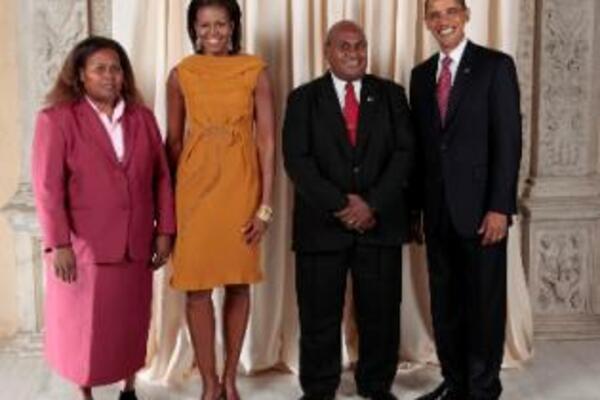 Fred Fono, who was accompanied by his wife Mrs. Helen Fono and other senior government officials, met President Obama and First Lady Michelle Obama during a reception at the Metropolitan Museum in New York.

The Deputy Prime Minister was attending the UN general assembly where President Obama delivered his first address, calling on the global community to come together in a "new era of engagement" to fight world problems.

In direct reference to concerns raised by developing countries on the effects of the current global economic downturn, President Obama stressed that the US is working closely with the G20 nations to forge a coordinated international response of "over two trillion dollars in stimulus to bring the global economy back from the brink."

Deputy Prime Minister Fred Fono raised concerns during his address to the UN general assembly on the effects of the current global economic downturn. Such an international coordinated approach would be reassuring, particularly in the short to medium term where it would be most difficult for most developing countries.