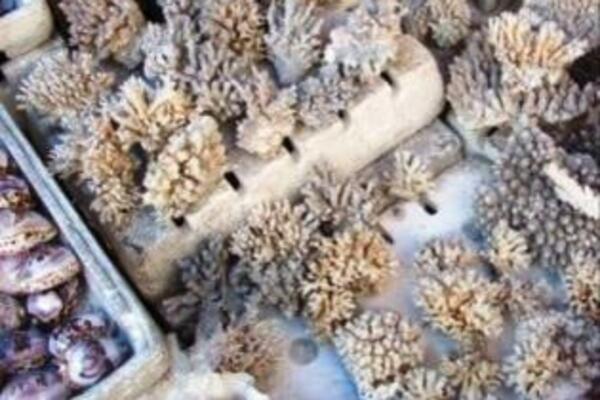 The confiscated pallets, similar to the one pictured above, is said to be valued at close to USD$1 million dollars.
Source: Photo supplied
Share
Friday, 19 August 2011 11:20 AM

The enforcement team within the Ministry of Fisheries is to conduct an investigation into the coral skeletons illegally taken out from the country and seized by US customs in Port Tampa, Florida, United States.

The Tampa Bay Business Journal reports this week that the 22 confiscated pallets of coral are valued at as much as US$1 million dollars and are taken illegally from Solomon Islands.

Speaking to SIBC news this morning, Director of Fisheries James Teri said that the ministry was not aware of the incident until it was highlighted in the local media, based largely on an article by Tampa Bay business journal this week.

Mr Teri said that only two locally owned companies have the licence to export such marine species. However he doubts that any of the two is involved with the 22 confiscated pallets of coral in the States.

Director James Teri however said that he suspects that the case may be related to a case three years ago where there was a documentation error which resulted in the confiscation of marine goods.

He would not go into details but said that the fisheries enforcement team are working on it now.