Finance Officer Moved Because of Discrepancies in Economic Stimulus Package 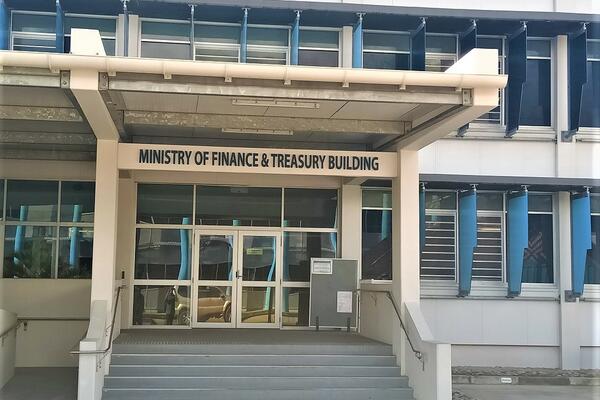 He says if anyone should have a complaint against any of the staff involved in the implementation of the ESP, they should report this to his committee so that they are dealt with.
Source: www.solomon-islands.tradeportal.org
By Georgina Kekea
Share
Monday, 15 February 2021 08:44 AM

The Finance Permanent Secretary has revealed that an officer within his ministry has been moved following reports of discrepancies.

It is understood the officer was directly involved in the implementation of the Economic Stimulus Package (ESP).

“If the public or whoever finds that there are discrepancies in terms of implementation do not forget to come see me or my team to report any cases.

"Just to inform you that in November last year, I relocated a staff following reports that I received. We do not want to hide this but to ensure there is accountability in terms of implementation”, Dentana says.

He says if anyone should have a complaint against any of the staff involved in the implementation of the ESP, they should report this to his committee so that they are dealt with.

“There is no value if you make noise out there, but you do not report this case. We will not solve anything”, Dentana says.

He says relocation is discipline for the certain officer.

Disbursement for the Economic Stimulus Package is continuing, and the committee is hoping to complete this process by March 2021.

The government had announced a $US37.5 million stimulus package in May 2020 and has since disbursed most of it to selected recipients. The stimulus package was designed to cushion the projected downturn in economic activity because of COVID-19.

The public has been critical of some of the recipients of the stimulus, with the Transparency Solomon Islands (TSI) chief executive Ruth Liloqula calling on the funds to be audited.

"Some of the reports that we get, some people who do not grow cocoa at all or farm pigs at all they are receiving the money and they are just drinking it away," Ruth Liloqula said in an interview with Radio New Zealand.