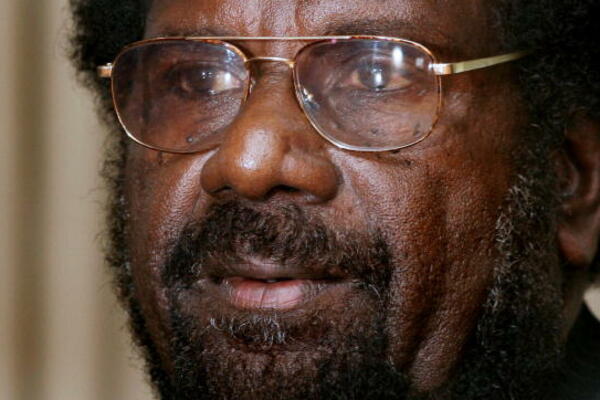 “Like the Prime Minister I too am excited about the prospects that PPP can offer our country,” he said in his remarks at the occasion.
Source: Getty Images
Share
Thursday, 17 November 2016 09:03 AM

Minister for Finance and Treasury, Hon Snyder Rini, has expressed excitement about the prospects of the Public-Private Partnership (PPP) concept which the Government is working to introduce across the Public Service to complement the existing method of public procurement.

Minister Rini today joined Prime Minister Hon Manasseh Sogavare to launch the report of a study to determine the viability of PPP in Solomon Islands.

“Like the Prime Minister I too am excited about the prospects that PPP can offer our country,” he said in his remarks at the occasion.

The Ministry for Finance and Treasury said he ‘fully’ supported what the Prime Minister stated regarding the eminence of the PPP within the policy framework of the present Government which recognizes that PPP can be used as a tool for developing Special Economic Zones in Solomon Islands and as source for funding infrastructure development.

“These are fundamental premises which I agree will change the fortunes of our country if delivered fairly and with the right intentions,” he said.

Minister Rini said he subscribed to the Prime Minister’s caution that PPP is a technical concept and Solomon Islands may not have the capacity to adhere to its technical requirements right now.

On that note, he said it made sense that the Government has agreed to the establishment of a Centre of Excellence whose primary role will essentially backstop PPP as an option for procurement and he is excited that the Centre will be based in his ministry.

The Minister for Finance and Treasury admitted that the experience the Government has had with the introduction of PPP in Solomon Islands so far was not entirely a ‘happy one’ and fortunately intervention by the World Bank to assess what would have been a costly blunder saved millions of dollars.

“But this is the kind of challenge the PPP Centre of Excellence will help us to deal with- that we must insist on carefully assessing any development projects before fully committing to their development whether it be under PPP or the traditional form of procurement currently applied in the Public Service,” he added.