Fiji’s Efforts to Keep Fish in the Sea 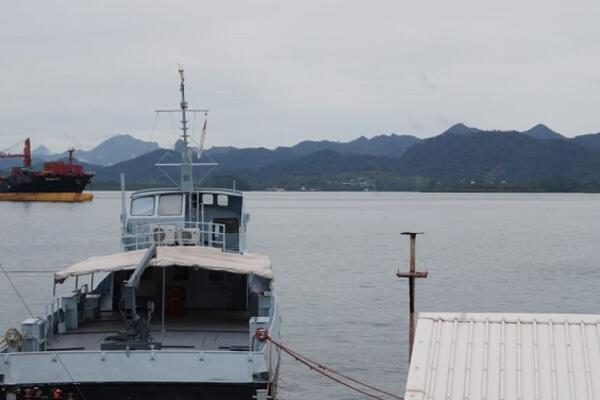 “If we do not ensure sustainability, we will exhaust these resources – we need to be aware of that.”
Source: Sam Sachdeva
Share
Tuesday, 27 March 2018 10:10 AM

Over-fishing is a growing problem in the Pacific, as nations try to stop their stocks from being depleted beyond repair. Sam Sachdeva visited Suva to learn about Fiji’s efforts to stop illegal fishing in its tracks and how New Zealand is lending a helping hand.

For Pacific nations, it’s the $850 million question: how can we stop illegal fishing in our waters?

Nobody is in any doubt about the threat posed to the region by climate change, but the dangerous depletion of marine reserves is also of great alarm to Pacific politicians.

As Fiji’s Fisheries Minister Semi Koroilavesau says, his country and others depend on their sealife for food security both now and in the future.

“If we do not ensure sustainability, we will exhaust these resources – we need to be aware of that.”

There is also a significant economic cost to the overfishing.

A 2016 report commissioned by the Pacific Islands’ Forum Fisheries Agency (FFA) estimated about $849m of Pacific tuna was illegally caught each year, with reporting violations and failure to comply with other regulations the main problems.

So what are countries like Fiji doing to tackle the issue - and how can New Zealand help?

Understanding the rules that apply to fishing in Fiji waters is a complex task.

In addition to Fiji’s claimed Exclusive Economic Zone (which extends up to 200 miles from its coast) and its territorial waters (up to 12 miles out), there are a number of qoliqoli, or customary fishing grounds around Fiji’s reefs and coastal areas.

Koroilavesau says Fiji is “pretty well covered” when it comes to enforcing its EEZ, thanks to partnerships with the FFA and countries like Australia, New Zealand and the United States.

“With collaborative aerial coverage and modern technology, we’ve basically been able to cover our Exclusive Economic Zone in partnership with other Pacific islands that surround Fiji.”

However, he can’t say the same for coastal fishing, which became his focus once the Fiji government set up a standalone fisheries ministry just over a year ago.

Fishing within Fiji’s territorial waters has been “governed by demand and supply” rather than any strict protocols, Koroilavesau says, something he is hoping to change with the development of a regulatory platform.

“We need to manage fisheries, develop databases...we have basically just gone out and fished.”

Part of the solution is better enforcement of the current rules, an area where New Zealand has provided assistance.

Fiji’s Navy chief, Captain Humphrey Tawake, says the NZ Defence Force’s assistance helped him to “close the gap” left by maintenance work on some of the Fijian vessels.

“By stationing a vessel within one area and deploying smaller vessels, that greatly increases the area of coverage because the smaller vessels are able to go out at night without restrictions on operations because of their size.”

NZDF vice chief Air Vice Marshal Kevin Short says New Zealand gets as much out of the arrangement as Fiji does, building the experience of Navy crew in unfamiliar seas.

“We have a very young captain who takes a team and a multi-million-dollar asset and operates it in this region for six months: it’s a very important task, a big task, and we give that to our very young officers, men and women [and] that lifts their capabilities significantly.”

Foreign Affairs Minister Winston Peters last week announced an extension of Operation Wasawasa, with an inshore Navy vessel beginning another three-month deployment in April and an offshore patrol vessel set to join in later this year.

There are strategic elements at play, too: in his Pacific reset speech, Peters spoke about an increasingly contested strategic space in the region.

Defence Minister Ron Mark says “non-traditional friends” have been providing military training in Fiji - a possible reference to Chinese involvement in the country.

The NZDF isn’t the only Kiwi agency chipping in; officials from the Ministry of Primary Industries have been working with their Fijian counterparts on how to monitor, control and surveil both inshore and offshore fishing areas.

James Sloan, the co-founder of Fijian law firm Siwatibau and Sloan with an interest in oceans law, says this is one of the areas where New Zealand is adding the greatest value.

In the longer term, Koroilavesau says he is keen for increased funding in Fiji’s next budget for dedicated fisheries vessels - at the moment, they depend on the Navy and occasionally the police.

Fiji's Fisheries Minister Semi Koroilavesau says fisheries sustainability is key to his country's future. Photo: Sam Sachdeva.
Another long-term ambition is to improve Fiji’s aquaculture, taking a more sustainable approach to fishing with the use of science and data.

He says the Fiji government recently announced limits on the size of cod and other reef fish being caught to allow the species to spawn and regenerate while relieving pressure on reef systems.

Mark welcomes the move, having been told of fishermen pillaging supplies of beche-de-mer (a sea cucumber), which has a zero catch limit but can bring in more than US$2000 a kilo.

“The money that people are getting is astronomical... if they were allowed to keep going in the way in which they were harvesting it, they’d wipe it out.”

The gravity of the situation is starting to hit home with local fishermen who initially objected to the introduction or reduction of quotas, he says.

“Things are so bad that it’s the villagers are coming to them because they realise there will be future generations who will be unable to fish if they can’t get on top of it.”

However, Mark says Fijians have already shown their ability to adapt: he heard about a freshwater lake that turned into saltwater, with the villagers unable to grow rice but moving into shrimp farming.

“Either you adapt to the new climate in some respects or you fall.”

Adaptation will help, but Mark and the others know that mitigation is also vital if the over-fishing issue is to be genuinely addressed.