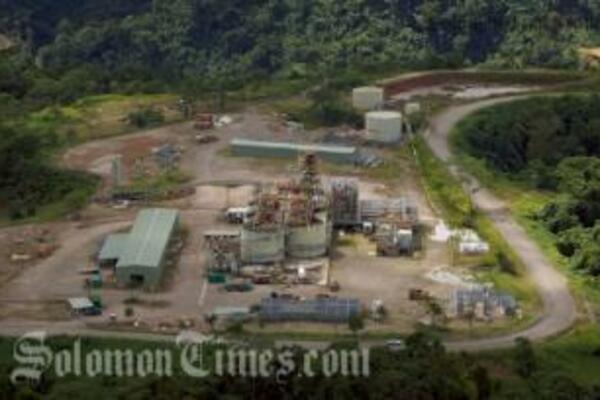 The Fijians arrived in the country about 10 days ago under visitors' permits but were later found to be working at Gold Ridge without a proper work permit and residence permit.
Source: STO Archives
Share
Wednesday, 15 April 2009 13:30 PM

The Ministry of Commerce, Industry, Labour and Immigration took the action following concerns with the manner in which the Gold Ridge Mining Ltd employed 10 Fijian security personnel without obtaining proper permits.

The Fijians arrived in the country about 10 days ago under visitors' permits but were later found to be working at Gold Ridge without a proper work permit and residence permit.

Permanent Secretary Jeffery Wickham said no prior arrangement was made to facilitate work permits for the men's' engagement by the Company which is in clear breach of the Labour and Immigration Laws.

It was noted following consultations with the company that there was no work contract agreement signed.

"If this is so then why were they asked to fly in to Solomon Islands? Someone must stand up and take responsibility," Mr Wickham said.

The Ministry wishes to advise all employers that there is a proper process to facilitate company recruitment needs especially when employing foreign workers.

"Many corporate bodies have fully complied; others of course have continued to circumvent the system thus creating unnecessary inconveniences," Mr Wickham explained.

"One need not have to go abroad to recruit such security firms. People must have trust in our own Security personnel," Mr Wickham said.