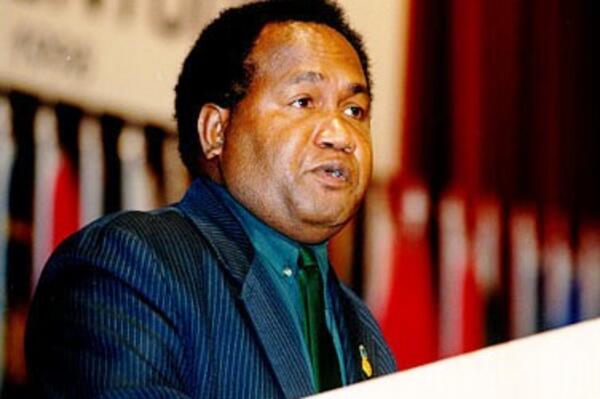 Alfred Sasako is a former politician and a well respected journalist within the region.
Source: Photo Supplied
Share
Wednesday, 18 September 2013 09:38 AM

The Fiji government has rejected claims by Alfred Sasako that they had demanded that Prime Minister Gordon Darcy Lilo explain his recent State visit to Indonesia.

Sasako, in an article published in the Island Sun, claimed that Fiji was demanding an explanation from Prime Minister Lilo, saying his “recent Indonesia visit has broken the Melanesian Spearhead Group solidarity on West Papua and Human Rights abuses.”

But the Permanent Secretary (PS) of the Ministry of Foreign Affairs and External Trade, Joy Kere, confirmed that no such exchanges took place.

“The Fiji Government made it quite clear that it had no intention to raise the issue with Solomon Islands as Sasako had claimed and published in the local newspaper, Island Sun,” stated PS Kere.

“It should be noted that MSG Leaders at their 9th Summit in Noumea welcomed and endorsed an invitation by Indonesia Government for a Ministerial Mission, led by Fiji, to be undertaken to Indonesia and West Papua at some point this year.”

With regards to further claims by Sasako that Solomon Islands had turned away a group of Chinese Investors, believed to be from Indonesia, attempting to enter the country via Fiji, were also not true.

“No investor from Indonesia has ever made attempts to enter Solomon Islands via Fiji as reported,” the Ministry of Foreign Affairs and External Trade confirmed.

“The Solomon Islands High Commission in Suva only assisted in processing visa applications for 6 Hong Kong and Mainland Chinese nationals who intended to travel to Honiara on September 10, 2013.”