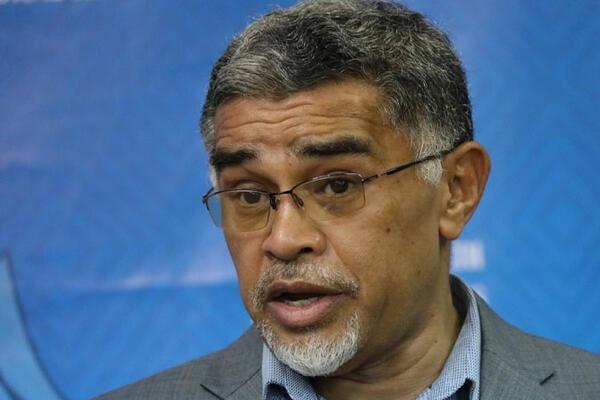 5 new COVID-19 cases have been confirmed in Fiji while screening continued overnight after confirmation that a garment factory worker from Kalabu is one of the positive cases.

Permanent Secretary for Health, Doctor James Fong says the first two cases are close household contacts of previously announced cases, and they have tested positive while secure in quarantine facilities.

One is the 25-year-old wife of the case who stayed in Vunimono, Nausori and the other is his 52-year-old aunt.

They are most concerned with the aunt from Vunimono, as she worked in a garment factory in Kalabu.

Doctor Fong says her place of work has been shut down since they announced the restrictions on Monday, and they are screening everyone she worked with while she may have been contagious.

He says they have contacted the management of the factory she worked in, and the factory next door, and these managers have agreed to work together with the ministry to ensure that their workers are urgently screened.

Doctor Fong says their plan last night was to have the teams go house-to-house and swab as many of them as possible, at least 80 percent if they can.

As that investigation progresses, Doctor Fong says the same principles as always apply - health restrictions may expand or become more stringent lockdown measures, and that could start as soon as this evening.

Doctor Fong says the third case is a former border quarantine passenger who arrived from Papua New Guinea into Nadi on Friday April 9th. He had three negative pre-departure tests before leaving PNG, and tested negative twice while in the Tanoa Hotel border quarantine, before being discharged on April 23rd.

The Permanent Secretary says he was reswabbed in Navua as part of the investigations into the quarantine breaches at the Tanoa facility, and has subsequently tested positive.

Doctor Fong says the man is now in quarantine.

He also confirms that he had contact with case number 95, the husband living in Makoi, on the day of his discharge from the Tanoa quarantine facility.

The ministry has identified 98 people who were discharged from the Tanoa border quarantine facility between April 12th and April 25th, 82 of these people have been contacted and told to home quarantine.

Repeat testing of these people is underway, and the remaining 16 are being contacted.

The fourth case is a 68-year-old man in Rakiraki. He tested positive after presenting to the Rakiraki Hospital Outpatients Department with a cough and fever.

They are yet to establish any direct link between this case and existing cases.

Investigations are ongoing while this man has been entered into quarantine.

Doctor Fong says they are quite sure there are others like him out there.

Anyone who is feeling unwell anywhere in Fiji should report immediately to a screening clinic.

The fifth case tested is a border quarantine case.

He is a 23-year-old man who travelled from Guyana to Fiji, arriving on April 22nd on NZ952 from Auckland.

He tested positive while undergoing mandatory 14-day quarantine at a border quarantine facility in Nadi.