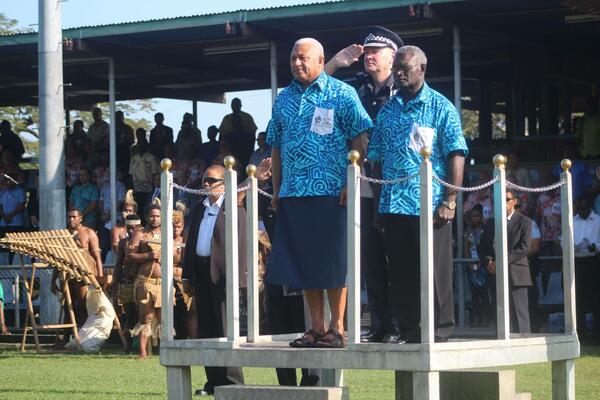 Fiji's Prime Minister and outgoing Chair of the Pacific Islands Development Forum, Voreqe Bainimarama says the PIDF has established itself as a worthy and respected international institution that honestly represents the interests of its members to the world

While opening the PIDF meeting in Honiara yesterday, Bainimarama says the PIDF is an organisation, a forum, and a collective and undiluted voice of the people of the Pacific.

He says they are gathered in the Solomon Islands not just as governments, but as one Pacific people, because the PIDF was founded as a place where governments, NGOs, the business community, foundations, the academic community and ordinary citizens can freely exchange ideas with the goal of solving our region’s most pressing problems.

Bainimarama says during the last Summit, they produced the Suva Declaration, which became the Pacific-island appeal to the world’s conscience.

He says that appeal came with the demand - that we would take on our shoulders more than our fair share of the burden of arresting global warming, but that temperature rise must be limited to one-and-a-half degrees centigrade, because a two-degree limit was inadequate and unacceptable.

Bainimarama says the Pacific is only at the beginning of a long and gruelling uphill struggle but the people of the Pacific have chosen to lead that struggle.

He says Fiji will co-host, with Sweden, the World Conference on Seas and Oceans in June next year.

Bainimarama says that we must take action now, for ourselves and for our children’s children.

Prime Minister of Solomon Islands, Manasseh Sogovare will become the new Chair of the PIDF.