Fiji Now Without a Government 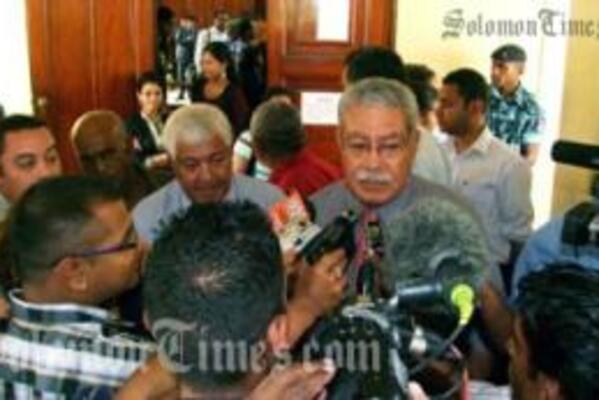 Fiji is now without a government and awaiting the President's next course of action following yesterday's ruling by the Fiji Court of Appeal that the dismissal of Fiji's deposed Prime Minister, Laisenia Qarase, was unlawful.

The decision of the court was made yesterday afternoon, according to the Fiji Times Online.
Laisenia Qarase, the Prime Minister who was deposed following the military coup in 2006 when Commander Voreqe Bainimarama took over government, had challenged the High Court's decision in regards to the President's reserve powers when he dissolved parliament and dismissed Qarase.

The following excerpt is taken from an article by Fiji times Online:

The appeals judges noted that while they were "not in a position to govern the exercise by the President of his discretion", a way forward was for the President to appoint "a distinguished person independent of the parties to this litigation as caretaker prime minister, to advise a dissolution of the Parliament, assuming it is not already dissolved, and to direct the issuance of writs for an election under section 60 of the Fiji Constitution".

"This would enable Fiji to be restored to democratic rule in accordance with the Fiji Constitution, and quash any arguments about the legitimacy of Mr Qarase's government or the Republic as currently constituted," the judges said in their ruling.

The three judges urged all the parties to the case to "co-operate".

According to Fijilive, Mr. Qarase welcomed the outcome saying, ""We are very happy with the decision of the Court of Appeal today. One thing is for certain that the Constitution of Fiji 1997 is the supreme law of Fiji and it has to be respected by everybody including the President."

However, according to Fijilive, the court has 'ruled against the argument by Qarase's lawyers that he be reinstated and that he advise the President to dissolve Parliament and call fresh elections, given the length of time since Qarase's removal'.

'Instead, the three judges have ruled that the President appoint an independent person as caretaker Prime Minister, who would then advise the President to dissolve parliament and make way for elections'.

According to Fiji Times Online, military commander, Voreqe Bainimarama, made a televised address to the nation yesterday evening stating that the Fiji Court of Appeal's declarations meant that the country now effectively does not have a prime minister or any ministers of the State, "in other words we do not have government in place".

"I want to assure you all that I, as Commander of the RFMF, together with all the security forces, shall ensure that there will be no disruption to law and order," he said.

The country now awaits the President's decision and next course of action.