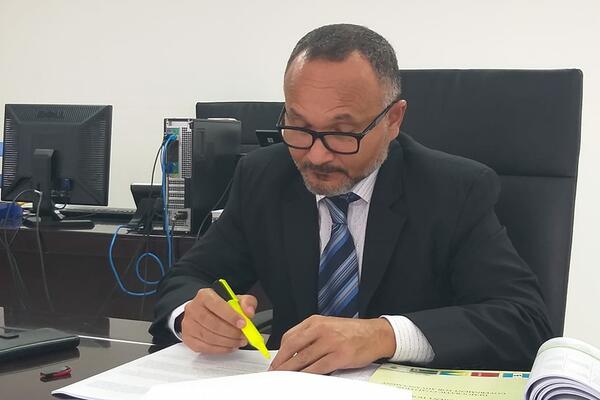 “It is sad that each day we only hear updates of daily increase in cases and deaths but nothing on any strategy or plans on a way forward on how to effectively respond to the current situation not only in Honiara but other provinces,” he said.
Source: File
Share
Friday, 18 February 2022 21:16 PM

Opposition Leader Hon Matthew Wale says the confession by the health minister that authorities do not know the extent of infections around the country is very ‘worrying’.

The health minister in his speech on Thursday night admitted that the country is now faced with immense challenges.

The health minister said the challenges include under-testing and not being able to stay ahead of the rate at which the virus is spreading around the country.

Other challenges include the country’s health system, lack of isolation facilities, both within and outside of established health facilities and that the situation now could not cater for all persons tested positive or showing COVID-19 like symptoms.

In response, the Opposition Leader said in view of the health minister's admission of the lack of resources resulting in under-testing and lack of facilities, why is the government continuing to keep more than $150m in the Pacific Games fund?

“How many infections and deaths will it take before the government prioritises lives of Solomon Islanders over the Pacific Games? The government is building Games infrastructure when what is urgently needed now is health infrastructure. This is gross negligence, dereliction of duty and irresponsible governance,” he said.

Hon Wale said the fact that the government has admitted that we are also faced with limited health services and infrastructure is a ‘serious concern’.

He said the government should simply admit that they have lost control of the situation because of negligence and unpreparedness over the past two years.

“The fact that the minister has admitted that it will become more challenging as the virus is spreading to the vast majority of our population residing in rural and remote parts of our country, clearly shows that the situation is now out of control and the government does not have any response plan to respond to the current situation,” he said.

The Opposition Leader said the lack of a national response plan is now evident and that the only advice the government is telling people now is to isolate themselves at home if they feel sick.

“The government has truly lost control of the situation,” he said.

Hon Wale said it is evident from reports from the affected provinces that there is lack of resources, testing capability and most especially an epidemiological advice on a way forward.

“It is sad that each day we only hear updates of daily increase in cases and deaths but nothing on any strategy or plans on a way forward on how to effectively respond to the current situation not only in Honiara but other provinces,” he said.

The Opposition Leader said it is never too late for a new approach.

“What is in place now is not working and all indicators point to the fact they are unlikely to work. Business as usual will not work. The government has been negligent, at its best,” he said.