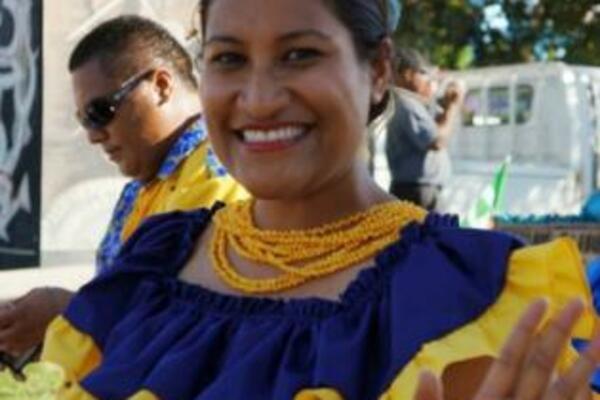 Honiara, Solomon Islands once again experienced another extravagant event last night at the official opening of the 11th Festival of Arts, at the Lawson Tama stadium.

The event began with the participants marching from the City Council to Lawson Tama, followed by the presentation and performance by each country. It was then followed by the school children performing items based on the theme "Culture in Harmony with Nature". The night ended with fascinating fireworks on the stage on the hilltop of Lawson Tama, which then continued also at the Festival Village.

Despite the afternoon heat and the event leading well into the night, the Lawson Tama stadium remains filled to its capacity with citizens and foreigners alike.

"Solomon Islands have created another benchmark that the next country has to live up to. This is beyond what we had expected and also beyond what other former countries have done. We look forward very much to our upcoming performances and the opportunity to travel to the other Islands," says one of the participating.

"I have never seen so many different cultures in one spot! We had braved the heat for this. This is one part of history Solomon Islands should be proud to be a part of. The two weeks is surely an event to look forward to," said a Honiara resident while watching the opening ceremony yesterday.