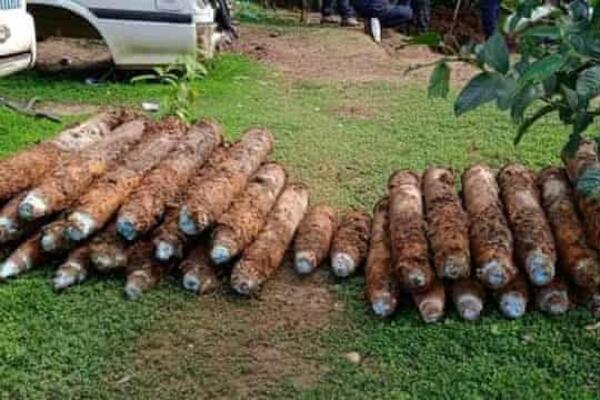 Just recently over 100 unexploded ordinances were dug up in a residential area in Honiara.
Source: File
By Jimmy Nolan
Share
Tuesday, 26 October 2021 08:53 AM

A father and his son have died after a bomb blast late yesterday around 7pm.

The father died shortly after the blast, his son reportedly died in hospital. Two others of the same family are said to be in a critical condition.

The tragic incident occurred at a residential area in East Honiara, just outside the Betikama area.

It is understood the family were cooking dinner over a stone oven when the blast occurred.

The fatality would be the Solomon Islands' fifth in just over a year caused by exploding WWII ordnance.

Thousands of items of unexploded ordnance are believed to remain scattered around the Solomon Islands and other Pacific nations, a grim legacy from almost 80 years ago, when US and other Allied troops fought Japanese forces during World War II.

Though the exact number of abandoned munitions in the Solomon Islands remains unknown, Australian NGO SafeGround says the amount of unexploded remnants in the region is "substantial".