Father and Son Arrested for Kwaso and Marijuana 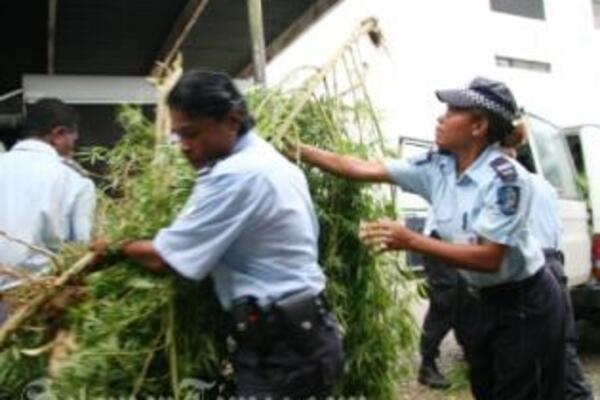 Honiara City police have arrested a 47 year old father and his 17 year old son for the illegal production of kwaso and the cultivation of marijuana at Lunga area at approximately 9.00am yesterday morning.

"More than 20 RSIPF and PPF officers were deployed from Honiara City Police Station to targeted residences at the Lunga area following reports of illegal kwaso production there," he said.

Police believed that two young female accomplices may have escaped shortly before police arrived at the location.

Police are urging members of the community particularly around the Lunga area, who may have any information in relation to their whereabouts to contact the police Liquor Licensing Squad on 25879 or call the Police Communication Centre on 23666 or 999.

The 17 year old man was subsequently arrested by police officer a short time later at his work place at Ranadi following a quick enquiry in relation to the seized marijuana plants.

Both suspects were taken to Honiara City Police where they are currently being interviewed and assisting police with their investigation.