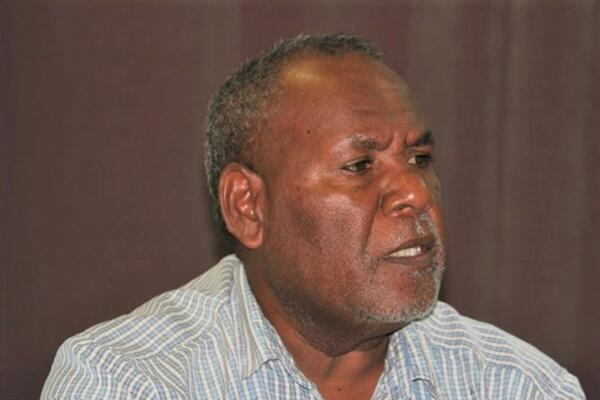 “There are some Chinese shops that are selling seeds that are unauthentic or not genuine as they are not sourced from BSI approved suppliers. Even some were found to be selling vegetable seeds with labels on the seed packets that are different from what is actually inside the packets,” Mr. Tsatsia said.
Source: Supplied
Share
Thursday, 04 February 2021 08:29 AM

Local farmers and the general public are told to be mindful when purchasing seeds from shops in Honiara as some were found to be selling unauthentic seeds.

The Ministry of Agriculture and Livestock (MAL) through its Biosecurity Solomon Islands (BSI) department issued the warning after MAL biosecurity officers confiscated dozens of seeds illegally smuggled into the country and sold by Chinese businesses/shops in Honiara.

Director of BSI Francis Tsatsia said it is important that farmers and the public are reminded to purchase quality seeds from trusted and approved dealers/sellers.

“There are some Chinese shops that are selling seeds that are unauthentic or not genuine as they are not sourced from BSI approved suppliers. Even some were found to be selling vegetable seeds with labels on the seed packets that are different from what is actually inside the packets,” Mr. Tsatsia said.

He added that a genuine seed dealer/supplier should be selling seeds that are properly packed with proper labelling that specify the expiry date and written in English and not in foreign languages.

“It is important to also source seed where suppliers go through scientific procedures and process in screening seeds to reduce the risk of pest and disease contamination.

“It is obvious that packets of seeds confiscated by my officers were found to be smuggled into the country as seed packet labels are not from the approved sources of Biosecurity Solomon Islands and there is no specific expiry date on the packets.

"To make it worst, all seed packets are written in foreign languages making it more difficult for indigenous Solomon Islanders to understand or read which not recommended by the International Plant Protection Convention (IPPC) standard for selling to the public,” Mr. Tsatsia explained.

He said though the country is yet to have a machine or laboratory to do seed testing, it is critical that farmers get quality seeds from genuine and approved suppliers to avoid yield loss.

“This would not only help avoid yield loss but save the farmer and environment as sowing of unsolicited seeds or seeds that are not sourced from BSI approved suppliers is risky and may bring resultant impact on food production, the spread of crop diseases and related health and environmental problems,” Mr. Tsatsia stressed.

He says below are names of companies and individuals who have obtained and have existing valid “import permit” from Biosecurity Solomon Islands (BSI) to import and sell seeds of any sort for planting in the country.

He says it is important to note that such permits are only valid for single commercial importation from the date of issue to the arrival date of the consignment.

Tsatsia says that if the companies and/or individuals want to do another import they have to reapply for a new “import permit” from BSI.