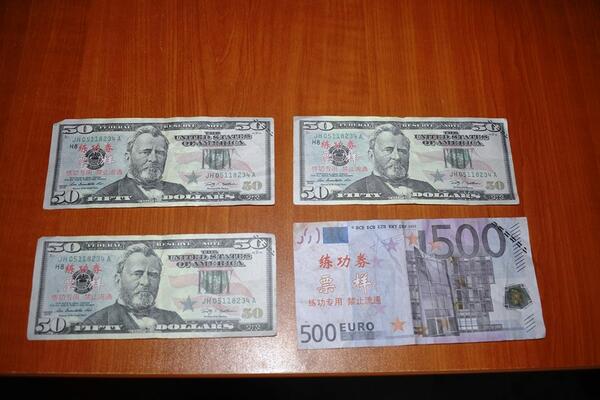 The fake US and EURO notes were presented at the Coral Sea Resort in Honiara.
Source: RSIPF
Share
Friday, 01 February 2019 07:14 AM

“The fake Notes were recovered by shift officers from Honiara Central Police Station and they were worth around SBD$6,500.00 (for the Euro Note) and around SBD$400.00 (for the USD Note),” says Commissioner Matthew Varley of the Royal Solomon Islands Police Force (RSIPF) when addressing local media.

He says, “The recovery was done by police from the Coral Seas Casino located in the Town Ground area in West Honiara, after police were alerted of a dispute between staff of Coral Seas Casino and presenters of the alleged fake notes.”

All the alleged fake notes have been handed to Honiara Central Criminal Investigation Department (CID) for further enquiry as exhibits.

The Central Bank of Solomon Islands has been alerted of the discovery.

Police had questioned three of the local adults who presented the alleged fake notes and released them as investigations by the police established the adults did not know the notes were fake. But the investigations into the discovery are continuing.

“Members of the public are urged to provide any information about the source of the fake notes to the police.

It is an offence under the Imitation of currency section 365 of the Penal Code to knowingly present fake notes for use to buy goods or to convert into local currency.