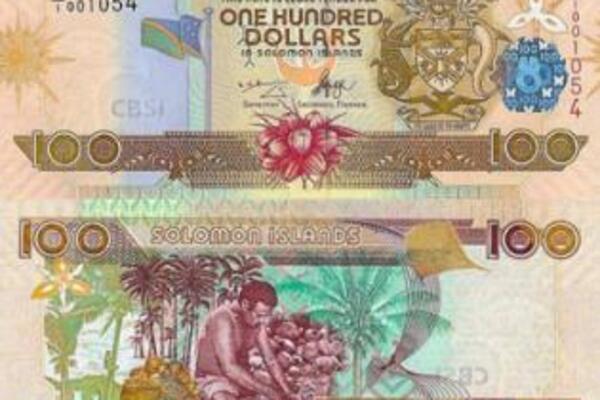 The Bank believes a computer scanner or a highly sensitive color photocopier may have been used to produce these counterfeit notes.
Source: Photo supplied
Share
Thursday, 03 March 2011 09:17 AM

Counterfeit SBD$100 dollar notes have surfaced again in Honiara and the Central Bank of Solomon Islands is calling on the public to assist in identifying the source of the false bills.

The Central Bank confirms that two fake SBD$100 dollar notes were recently found in Honiara, but warns there could be a lot more in circulation.

"From past experience, fraudsters often leak at least SBD$2,000 fake notes to test it, more is circulated later...we are hoping that this is just the initial circulation," said a senior officer in the fraud section at the CSBI.

The Central Bank advises people to always check for security features on the notes before accepting them.

The features include a watermark image of the eagle and a clear CBSI lettering when the note is held against light. There is also a visible complete silver security thread at the centre of the notes and a silver shinning hologram next to the Solomon Islands Government Coat of Arms.

The Bank believes a computer scanner or a highly sensitive color photocopier may have been used to produce these counterfeit notes.

The Central Bank says that it is important that people bring suspected fake notes to the CBSI for verification.