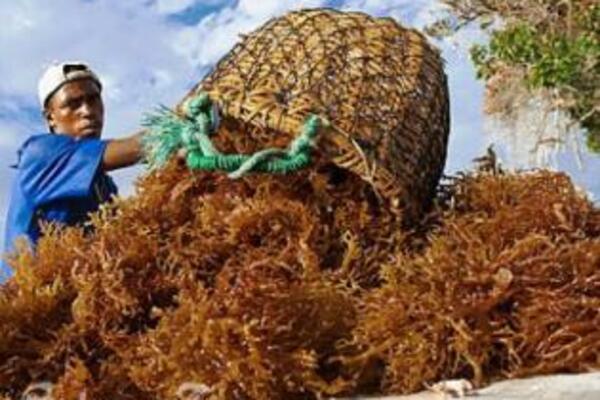 The two Asian business associates continue to export seaweed despite the cancellation of their work and residential permits.
Source: Photo Supplied
Share
Wednesday, 25 April 2012 07:54 AM

Opposition Leader Dr Derek Sikua has questioned why relevant authorities are not taking appropriate actions against the two Asian business associates for continuing to export seaweed despite the cancellation of their work and residential permits.

Dr Sikua says it is astonishing that the duo, Zhang Tong Zhi and Patrick Zhang, who had been charged for defying the beche-de-mer ban and served with deportation orders, are going about their normal business operations in the country.

Dr Sikua says the company is a joint venture between a Member of Parliament, currently associated with the government, his wife and Mr. Zhi and Mr. Zhang.

The leader of Opposition says it is also common knowledge that the MP is heavily involved in the beche-de-mer trade.

Dr Sikua says these Asians exported two containers of seaweed under the label of HJJ Company "almost straight after they had been charged for the illegal trading of beche-de-mer and given deportation orders."

"Relevant authorities must ensure that our laws are upheld, if such officers fail in their duty than they should be disciplined by the state for negligence of duty."

The Opposition Leader also expressed concern that the same MP is working on a petition for the lifting of the beche-de-mer ban.

He says any lifting of the ban would only serve the business interest of the MP and his associates and not his constituents.

"They are in favor of being given a special permit by the government to export the existing illegal stockpile of beche-de-mer they have with them before considering lifting the ban," said Dr Sikua.

Dr Sikua says precedence has been set by the Prime Minister when he granted a special permit in 2010 to export illegal stockpiles of bechedemer belonging to an Asian businessman when he was acting Minister for Fisheries and Marine Resources.