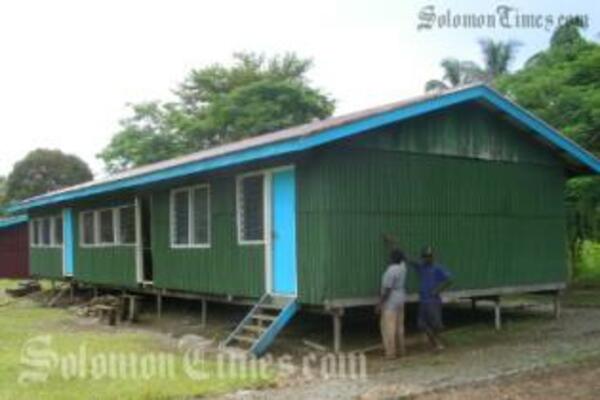 Provincial schools throughout the nation are also affected by the leakage of the paper.
Source: maps.mines.gov.sb
Share
Wednesday, 21 October 2009 09:57 AM

The Form four entry exams that should have been completed last week, was not so, as it was believed that the Social Science paper had been leaked out to the public beforehand.

According to a Form three student, they had arrived to sit the Social Science exam last Friday and were told by their teacher that the exam had been rescheduled for today.

It is believed that the exam papers had been sold to various people of the public prior to the exam week.

In response to such, the authorities had to reprint a different paper to allow the students to sit the exam today.

"It is amazing how people can be ignorant and selfish enough to leak the exam for a small amount of cash and disturb the whole examination programme. The logistics behind preparing for these exams annually is very challenging and with this disturbance, it will definitely cost the government a lot of money, particularly to reprint and provide the exam papers for the whole nation in just a few days," says a Form Three teacher who wants to remain anonymous.

Despite the controversy, the Form Three students are only looking forward to completing their final exam.

"Finally, we will get to really sit the exam," says a relieved Form Three student. "After this is over, we can only look forward to the exam results."