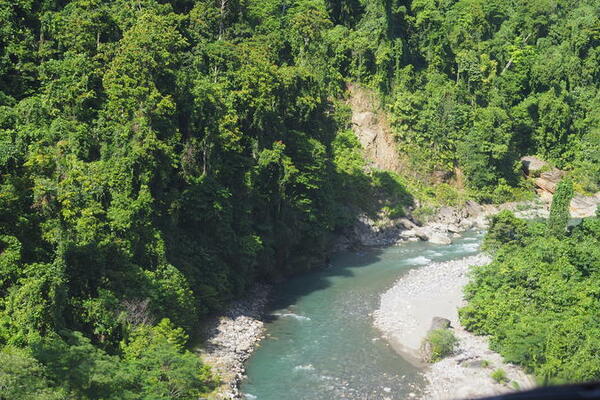 "So, when the two big projects start to run, we will start to inject finance into the economy to regenerate the economy, employment and moving things along”, Rodgers says.
Source: RNZ
By Georgina Kekea
Share
Thursday, 29 October 2020 08:52 AM

The government is working hard to bring in essential workers for the Tina Hydro Project and the Airport Project.

He says the government is pressed for time with these projects and need the essential workers to be in the country now to commence work.

The airport project is a contract agreement between the Government and Kitano Construction Corporation (KITANO) of Japan. It has been almost a year since the agreement was signed in Tokyo. The project aims to improve the present international terminal and domestic terminal. The total cost of the project is USD$33.8 million.

Meanwhile the Tina Hydro project is estimated to cost USD$240.48 million. The national government and six different financiers have been involved at various levels of investment in the Tina Hydro Project.

“The other thing is that if we delay the start of the projects, we are not injecting money into our economy. So, when the two big projects start to run, we will start to inject finance into the economy to regenerate the economy, employment and moving things along”, Rodgers says.

Currently repatriation flights are still suspended. However, the government is calling on Solomon Islands nationals overseas to abide by the travel protocols if they want to come back to the country.