Electoral Commission Committed to "One Name One Place" Only 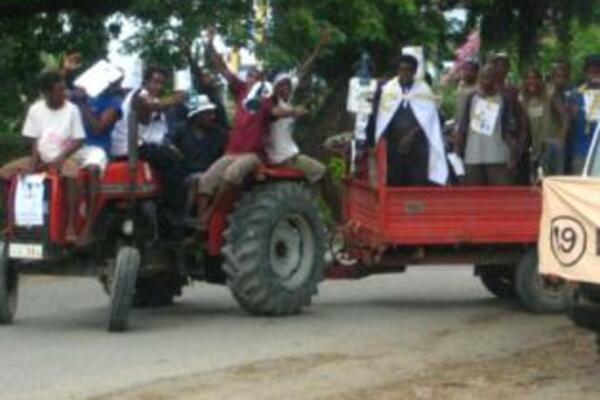 Chief Electoral Officer, Mr Polycarp Haununu, says the Electoral Commission is committed to registering voters under one name only, in one place only.

He said that the voter registration process contains an important safety step to help the Electoral Commission do this.

"According to the law, voter registration has a long revision period where people can check a draft copy of the voters' list," Mr Haununu said. "By looking at this draft list, people can check that their names have been included, and also alert registration officials if there are false names on the list, or names of people who have died, or who are not from that area."

Mr Haununu said that with the help of every Solomon Islanders, the revision period would help identify corruption and false names on the voters' list.

Voter registration fieldwork is scheduled to begin 25 January. The Electoral Commission today published a full colour page poster in newspapers showing the steps of the voter registration - which runs until 23 May.

"During this first step registration officials will carry forms to register new voters, and also carry the old 2006 voters' list to remove names of people who no longer lived in that place."

This first registration step lasts for 60 days until 25 March.

Mr Haununu said that while the Electoral Commission wanted people to get ready for this first step, he assured people that the second revision step would give them a chance to make sure their name had been included on the list, and names not from their area could be identified.

"Voter registration is conducted by the Electoral Commission, but it is really a process that requires the whole country to come together and work together to build a final voters' list that is true."

"The Electoral Commission understands that the old voters' list had problems. We are now doing our best through training registration officials to know the law and do their job well, and give the public the information they need to fully participate in the voter registration process.

"With the support of the good people of Solomon Islands, together we can make a list that gives eligible voter the right to vote once, in one place only on election day."

"Our aim is to recruit good officials and train them well, conduct voter registration in a fair and transparent way, and give back to the people an improved final voters' list ahead of the next national general election."

"To do this we need responsible registration officials and responsible members of the public to support us to do our best to make sure the final list is accurate."