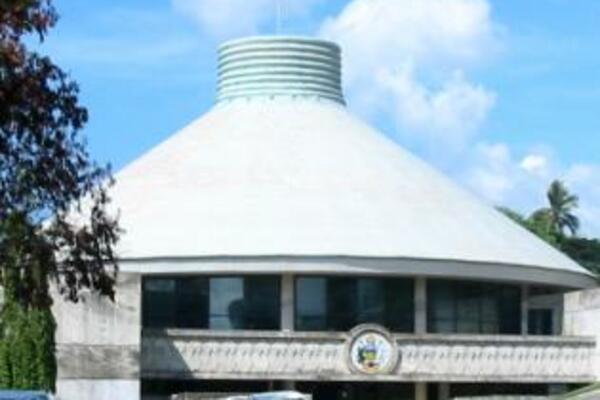 The total number of candidates contending in this National General Election on Wednesday 4 August is 509, up from 453 for the 2006 election.
Source: STO Archives
Share
Tuesday, 20 July 2010 08:50 AM

The Electoral Commission has been alerted to an error in the list of the record 508 candidates.

Chief Electoral Officer, Mr Polycarp Haununu, publically apologized to two candidates left off the public list, and thanked them for bringing the error to the attention of the Electoral Commission before the list was finalised for ballot paper printing.

"Mr Alfred Liata, a candidate from Baegu/Asifola constituency, was not included on the list because the fax with his nominators was delayed. This fax has now been received by my office from the Returning Officer in Malaita, and the list corrected to include his name as it should," Mr Haununu said explained.

Mr Ishmelly Kevu, a candidate standing in Gizo/Kolombangara, was left off due to data entry error in the public list - but was included in the calculation of the total candidate number of 508.

"This error is very unfortunate and we apologise to the two candidates affected," Mr Haununu said.

"I can assure the candidates that we have rectified this error immediately and it will not affect the ballot paper used for polling day."

"Our office has been striving to make sure everything is correct with Election Managers and Returning Officers ahead of printing final candidate lists and ballot papers for each constituency, this has included rechecking the spelling of names and the symbols allocated."

The Electoral Commission has finalised and double checked candidates for Temotu, Choiseul, Central, Renbel, Isabel and Makira Provinces and these have now been sent to the ballot paper printer.

Mr Haununu clarified that the list published in the Solomon Star, Monday 19 August, was a list of candidates in the order as received by the Returning Officer and not the list after the ballot paper draw as they will appear on the ballot paper.

"Under the official election timetable, Returning Officers have until 27 July to post their final election notice," Mr Haununu said.

"This final election notice, under Section 33, tells voters the name of every candidate standing for election in that constituency with their symbol and colour, and the names of every voter who is registered to vote at that polling station."

"Under the law, there is no election notice showing ballot order, only a list of candidates and their symbols as shown in the Section 33 notice."

With the error of Mr Liata's nomination corrected, the total number of candidates contending in this National General Election on Wednesday 4 August is 509, up from 453 for the 2006 election.