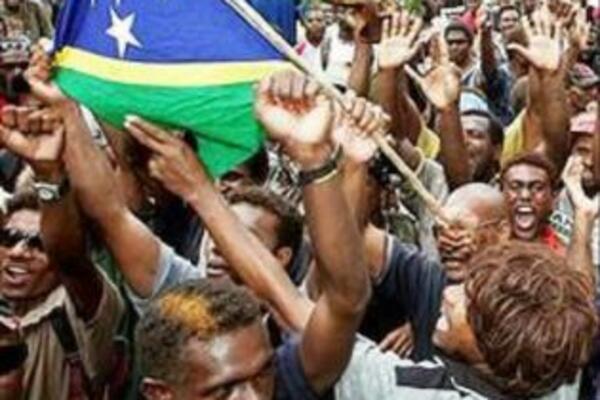 Concerns were raised over deliberate inflation of the voter register by multiple registration.
Source: Photo Supplied
Share
Thursday, 30 September 2010 08:07 AM

An Observer Group from the Commonwealth, which observed the Solomon Islands National Parliamentary Elections of 4 August 2010, has produced its final report detailing the generally sound orchestration of the nation's elections, but raising a few key issues on which the country needs to improve upon.

The Observer Group noted that Electoral Commission of the Solomon Islands does not have sufficient control of its budget to make full preparations for a general election, including a full update of the voting register.

Concerns were raised over deliberate inflation of the voter register by multiple registration and, conversely, non-registration of voters likely to support an alternative candidate to the one favoured by the enumerator.

Multiple problems have arisen in the Solomon Islands, which plague elections and voting in all countries of the world; migration, multiple addresses, the need to attend a particular polling station, the death of somone on the voting register, the need to register and the need to update details. The Observer Group also noted the lack of identity requirements for voters.