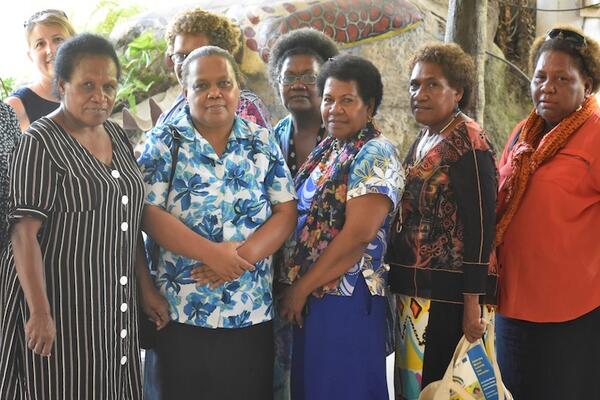 Central Honiara by-election contender and female candidate Pauline Radoe Firisua says a workshop organized to assist them in their campaign has been helpful.

“It was a very helpful workshop especially for those of us contesting a national election for the first time,” Mrs Firisua said.

“I’ve learned a lot during those two days and would like to thank UNDP for organising and funding such a training,” she added.

The workshop was aimed at assisting and preparing the female candidates who will be contesting the two upcoming by-elections in Central Honiara and North East Guadalcanal on November 18.

Four female candidates are contesting the by elections – three in Central Honiara, one in North East Guadalcanal.

The three female candidates in Central Honiara will be up against seven male contenders, while the one vying for North East Guadalcanal seat will face up with three male colleagues.

Two of the four female candidates were spouses of former MPs of these two constituencies who lost out in election petition cases earlier this year.

Mrs Firisua said it was a privilege to participate with her female candidates at the workshop.

She said it aims to equip the female candidates to familiarise themselves with requirements of the election.

At the end of the workshop, the female candidates were given a flash-drive each containing the constitution, information on rights of women, government documents like National Development Strategy and Gender policy for their own study.