Election of Prime Minister Goes Ahead 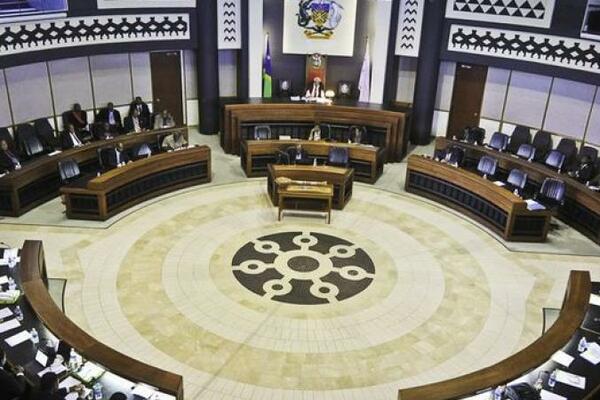 The Parliamentary chambers, where the election of Prime Minister is taking place.
Source: Supplied
By Caleb Gray
Share
Wednesday, 24 April 2019 09:33 AM

The election of the Prime Minister has gone ahead despite questions surrounding the eligibility of Manasseh Sogavare, the candidate for the Democratic Coalition for Advancement Government (DCAG).

Mathew Wale, the candidate for the Grand Coalition (GC), had written to the Governor General raising concerns over the eligibility of Sogavare.

It is understood the issue is because Sogavare’s political party, Our Party, commands the largest number of seats in the DCGA coalition group and as its Wing leader was nominated as the group’s candidate for Prime Minister.

The Governor General had stated earlier that he will decide today, before the election of the Prime Minister – the fact that the election has gone ahead means the matter will be left to the Courts.

“I can confirm that (Our Party) is a legally registered party, they have satisfied the process required under the law and are registered, just like any other political party that we have in this country,” Mrs. Alamu said.

Asked whether his nomination is proper the Acting Registrar says that one of the minimum rules contained in the PPIA is that the leader of the party with the most number of MPs (within a coalition) will be nominated as Prime Minister. Sogavare’s Our Party had seventeen MPs at the time of registration.

Sources say whatever the outcome it is quite likely that the matter will be taken to the Courts for a decision.