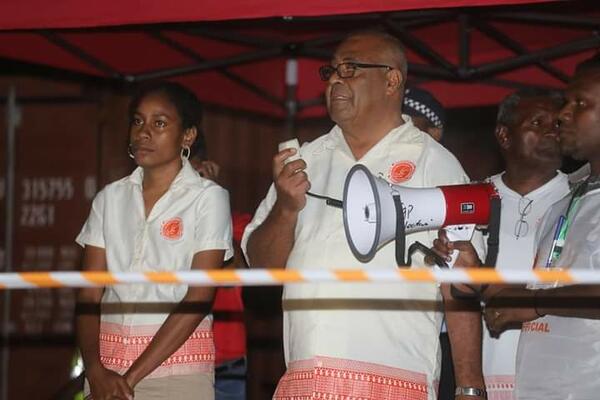 Alfred Efona has been declared the winner of the Central Honiara by election.

The returning officer Atu Balekana made the declaration at the counting station at the Rove police headquarters.

Alfred Efona is a member of the United Party, led by Peter Kenilorea Jr.

Alfred Efona came second to John Moffat Fugui at the 2019 national general elections. Fugui lost his seat after a petition filed against him for bribery was successfull.

Fugui's wife was a candidate in the by election but was not successful.

Efona saw off a field of 10 candidates which included the former Prime Minister Gordon Darcy Lilo.