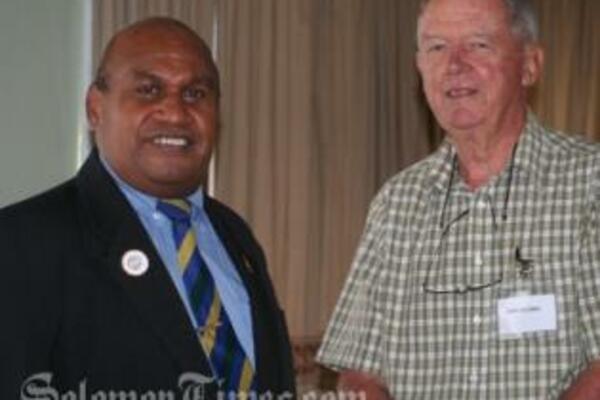 The Economic Advisory Council is a high-level non-political 'think tank' set up as a measure to bring to government and to the publics attention views of highly experienced people whose views on economic development issues are highly valued both within and outside of Solomon Islands.

Members of the Council are citizens of Solomon Islands, including few others who represent major investments here.

Mr Fono said government believes it is important to hear the views of those experienced in economics and development since all Solomon Islanders certainly live with results of policies that are adopted and implemented by government.

"It is very important, in our view, that the 'lived experience' and context in which we develop and grow our economy and attend to 'development', is informed as much by our own experts and experienced professionals," he said.

While it is inaugurated, appointed and resourced by the Government of Solomon Islands, it is required and expected, in its deliberations and discussions, to be independent of government.

"All Governments need to be aware of the facts of any given situation or challenge as seen from different perspectives. And every government needs to feel that they are getting objective advice on national issues. A sensible government will seek to choose between options rather than accept that there is 'no other way' but the favored one," Mr Fono said.

This means government wants to ensure that the Council is independent and able to advice as it sees appropriate. It is free to analyze and critique Government policy and offer suggestions to improve Government policy and discuss the outcomes of its meetings with the media in order for those understandings to be amplified to the national community.

Fono said the Government will listen to the advice and consider it at Cabinet level, and respond to the outcome of the meetings. If Government decides not to heed some advice, it will explain the reasons for this decision.

The Council is expected to consult widely within their sectors before and after Council meetings and maintain ongoing dialogue with the Government and the Central Bank on issues discussed.