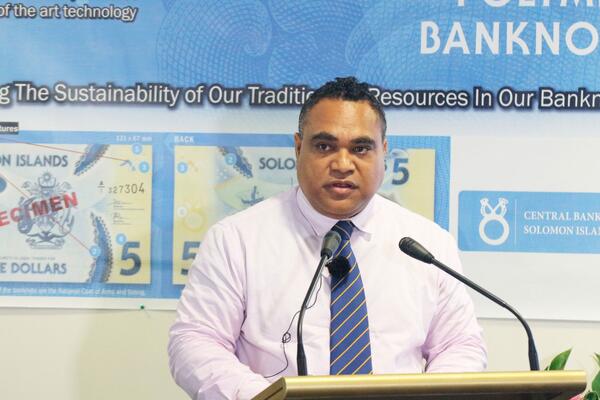 The Executive members of the Economic Association of Solomon Islands (EASI), on behalf of its members and the general economics fraternity wishes to congratulate Dr. Luke Forau on his new appointment as the Governor of the Central Bank of Solomon Islands (CBSI).

Dr. Luke is among the key pioneers of EASI who continuously advocated for the growth and advancement of the economics profession. In particular, this included the greater awareness of economic issues, the importance of a well-managed economy, as well as advocating for evidenced based policies.

EASI Executives would also like to commend Dr. Luke Forau’s contribution to the Association as the current Chairman, where he has fostered a culture of teamwork and innovation, as well as being instrumental in setting up an EASI secretariat and a soon to be launched EASI strategy to drive the profession in the Solomon Islands.

The Association believes that Dr. Luke’s strong expertise and his vast experience in management and leadership, economics, banking and finance, as well as policy making ideally puts him in a greater position to lead the Premier Financial Institution in the Solomon Islands to a new frontier.

Dr. Forau also comes from a strong academic background with a PhD in Economics from the University of New South Wales in Australia.

EASI would like to wish Dr. Luke Forau success in his new role as the CBSI Governor, and would further strengthen the Bank’s objectives in monetary and financial stability, while promoting the development of the country’s economy.