Earthquakes Strike Over the Weekend 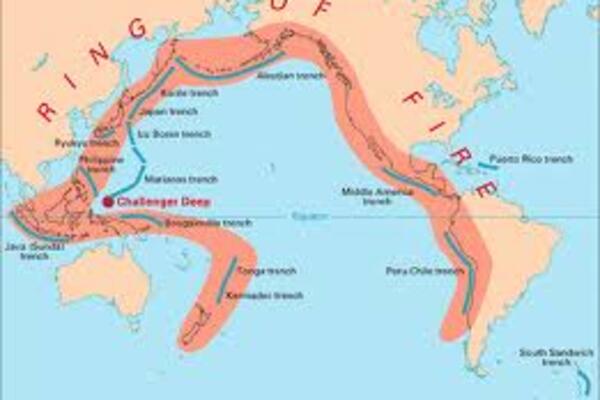 The Solomon Islands is part of the “Ring of Fire”, a zone of tectonic activity around the Pacific Ocean that is subject to earthquakes and volcanic eruptions.
Source: pubs.usgs.gov
Share
Monday, 04 February 2013 09:32 AM

A series of very strong earthquakes had struck off the Solomon Islands on Sunday but no damage was reported and no tsunami warnings were issued.

According to the US Geological Survey, the strongest of the three tremors was at 5:58 am local time with a magnitude of 6.1, and the other two each measuring 5.1.

The quakes occurred within 30 minutes of one another at depths of 10 kilometres to 36 kilometres, some 600 kilometres (370 miles) from the Solomon Islands capital Honiara.

It was the fifth time in four days that an earthquake with a magnitude of over 6.0 has struck in the region.

On Saturday, Australian seismologists recorded a tremor measuring 6.6, followed by a series of smaller aftershocks. The US Geological Survey put it at 6.3, at a depth of 19 kilometres.

Two earlier tremors clocked in at 6.1, while another measured 6.4.

The Solomon Islands are part of the “Ring of Fire”, a zone of tectonic activity around the Pacific Ocean that is subject to earthquakes and volcanic eruptions.