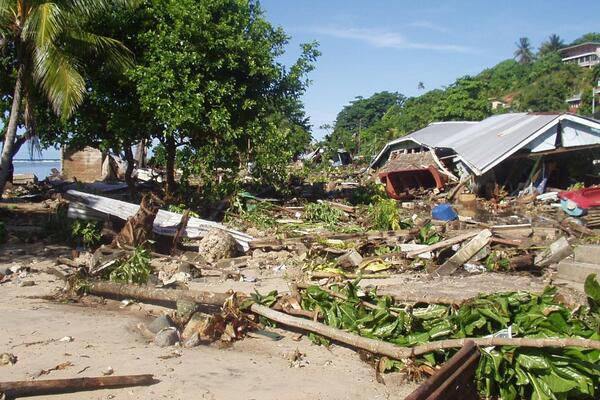 The 2007 Earthquake and Tsunami left behind millions of dollars in damages and 52 casualties, most of whom were women and children.
Share
Wednesday, 19 September 2018 07:52 AM

According to the US Geological Survey the quake's epicentre was located at a depth of 10kms about 48 kilometres east south east of the provincial capital Gizo.

No Tsunami warning was issued by the Pacific Tsunami Warning Centre.

There are no official reports of damages at this time although local residents on social media have been urging each other to stay safe.

This however has brought back memories of the 2007 Tsunami.

The 2007 Solomon Islands earthquake took place on 2 April 2007, near Gizo Island, in Solomon Islands. Its magnitude was calculated by the United States Geological Survey as being at 8.1 on the moment magnitude scale. The tsunami that followed the earthquake killed 52 people.